Created and primarily written by Noah Hawley, Fargo is a black-comedy crime drama TV series which first appeared in 2014 on FX and it immediately drew a high number of viewers. The first season, as well as the following two, share a common chronology with the film the series is based on, the 1996’s Fargo, but, of course, they also feature some new elements which make the plot even more interesting. Unfortunately, the series creator has had enough on his plate for quite some time, which affected his work on this drama. Yes, the third season premiered only a couple of months ago, but the question is – will this also be the final season or should we expect more?

When asked about the future of the series at the ATX Television Festival, Hawley replied: “Here’s the thing — I wasn’t sure there was going to be a second season. If an idea comes, we will do another one. I am certainly aware of the danger of overstaying your welcome or repeating yourself.”

The good news is that John Landgraf, the FX Presidents, seems to be rather optimistic about Fargo’s sequel. They asked him about the new season at his semi-annual state of the industry summit, he just said: “I hope so.” But, he also moved on to explain that Hawley was already working on quite a few projects, including Marvel series Legion and two feature films. Bearing in mind his busy schedule, we have to disappoint you and tell you that, should they decide to pick up Fargo for another batch of episodes, that won’t happen until 2019, if we’re lucky. But, that’s our assumption for now. Who knows, perhaps something will change and bring your favorite series back to life much earlier than expected. Don’t worry – we’ll keep you updated, so stay tuned for more news. 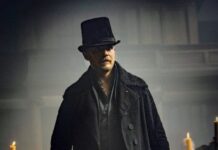 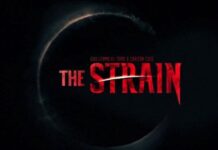