Opptrends 2022
Home Sport Should Cowboys Bring Back Their Prodigal Son?!

DeMarco Murray was released by Tennessee Titans. Many Dallas Cowboys fans won’t like what I’m about to say next, but Murray should come back to Big D.

The best year in Murray’s career came in 2014 when he was a Cowboy. But, after that, he went after the money in free agency. This would be completely normal, players come and go all the time, but he signed with Eagles. Treason! DeMarco lasted only one year in Philly, but he was never forgiven in Texas. Last two seasons he played in Tennessee before being released. Should he sign with Dallas, and do Cowboys need him?

Murray was a third-round pick in 2011. He was the 71st selection that year. DeMarco needed two seasons to eclipse 1,000 yards mark, but in his last season in Dallas, this guy had 1,845 yards and 13 touchdowns. That year was supposed to be the one for America’s Team. They finished the regular season with 12-4 record and recorded first playoff win in five years. But, on one fateful day, Dez caught it but referees thought otherwise, and the Cowboys failed to reach the Super Bowl. 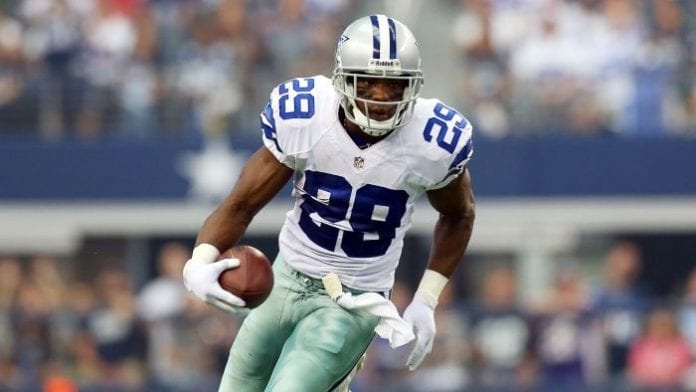 Dallas Cowboys were hoping that they will become regular Super Bowl contenders, but things went in different direction. DeMarco Murray went to Philly while Tony Romo, then superstar QB suffered double collarbone injury. The 2015 season ended with a 4-12 record. Thanks to this Cowboys now have another RB star. In 2016 Dallas franchise picked Ezekiel Elliott with a No4 pick.

Same as Murray, Elliott had success running behind O-line built for Tony Romo, and he’s now the first RB choice for Cowboys. So where does Murray fit in?

The Titans released him to save $6.5 million, and Murray is now a free agent. He’s 30 years old but still has some fuel in his tank. Last year this guy had 3.6 yards per carry. This is a sign that he’s on a decline, but in a rotation with Elliott, he could be instrumental. Also, many believe that Rod Smith is not good enough to be second RB choice. Last year Alfred Morris was before him in the pecking order. Morris who is now a free agent himself.

So with a doubt surrounding Smith’s potential, and RB needs that Cowboys have, they just might be lacking a player with Murray’s qualities. Also after last year’s suspensions, Ezekiel Elliott is one mistake from a lengthy ban. Dallas team needs a veteran presence behind him, and they have an answer in their prodigal son.