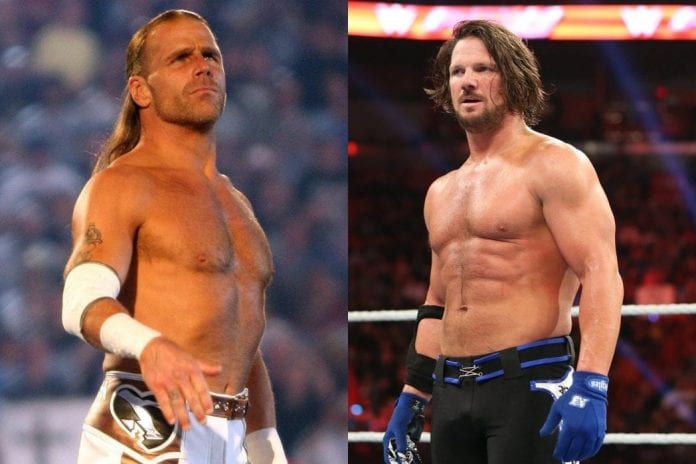 In December of 2016, the rumors were swirling around about the possible match between AJ Styles and Shawn Michaels. Everybody was excited about the possibility of these two going up against each other. That is understandable since they are two of the best workers to ever step in the WWE ring while it would have also been Michaels’ first match since his retirement duel with the Undertaker.

HBK is one of those rare superstars that actually stayed retired after he lost his retirement match. The Undertaker took him down for the second year in a row at Wrestlemania XXVI, and HBK hasn’t wrestled since.

The rumors were that these two could clash at the Royal Rumble in San Antonio, but it seems that this duel was originally planned for Wrestlemania 33.

Shawn Michaels has done an interview with Sam Robers in which he revealed that the company did approach him about doing a match with The Phenomenal One at the grandest stage of them all, but that he did turn that offer down. He didn’t know whether he should mention this as he felt that he was breaking the news.

“I could have had that match,” Michaels said. “They did not have an opponent for AJ at Wrestlemania. I wish that young man was here 10 years ago, I really do. I think he is very talented.”

Now, AJ Styles is going to face Shane McMahon at Wrestlemania 33. Many people believe that this match is going to be a good one as AJ is one of the best workers while Shane is a true stuntman. HBK also thinks that these two are going to have “a pretty decent match” at the Ultimate Thrillride that is Wrestlemania 33, but there is no doubt that fans would rather see Styles go up against Mr. Wrestlemania that is HBK.