Banks and credit unions make money by lending it out at higher interest rates. They accept deposits and put the funds collected into money generating investments. This ensures that they make a profit while supporting their customer’s monetary growth and development.

Banks are owned by stockholders, and their profits are made to profit the owners. Credit unions give back their earnings to their members.

To join a credit union, you have to meet some eligibility requirements concerning affiliations or locality. Banks are much easier to join as their doors are open to a broader population, and do not take alliances in mind.

So, how do banks and credit unions make their profits?

Banks traditionally have made profits from borrowing from their account holders and lending out money to their customers. Banks over the ages have carved out an image of trust, so the public generally stores their money with them for future use. The typical bank account gives the customer the leverage to withdraw their money when they want it, and the government insures them up to $250,000. How do they profit from these deposits?

Banks pay little or no interest at all for checking accounts, and little still for savings accounts that are below the bond rates for the U.S Treasury. They at the same time charge very high-interest rates to their borrowing customers for student, home, auto, business or credit card loans.  This difference between the bank’s low-interest rate payouts and high-interest payback is called the spread, and that’s where a bank gets its profits from.

These financial institutions also invest deposits received from their customers into other assets, some that are risky but bring in high profits for their shareholders. Banks are highly regulated by state and federal agencies and have to retain 10% of their deposits to ensure that customers deposits are kept safe. They invest in government securities, consumer and commercial loans, and real estate loans. America’s highest-earning bank J.P Morgan Chase is well known for its investment banking portfolio.  The bank generated a turnover of $95.6 billion in 2016, the highest turn over on record that year.

Banks are highly dependent on loans for income. There are fixed term loans payable at fixed rates and usually secured with property. The borrowers can pay back loans early and pay little in terms of interest, but banks avoid such loans because there are fewer sources of cash to fund low-profit loans.

Getting realistic loans is highly dependent on the creditworthiness of a business or individual, which determines the level of interest rates banks will affix on a loan. Banks also evaluate the borrowers’ income, debt, and assets to assess risk in case of non-payment of a loan.

In the U.S consumer lending makes that largest of bank lending, with residential mortgages taking the cup for the most significant consumer lending done by banks. Mortgage loans are used to purchase homes and residences with the property being purchased acting as collateral for the loan. A mortgage loan has lengthy repayment periods of up to 30 years with adjustable, variable or fixed interest rates.

Auto loans have a shorter repayment period ad higher interest rates and generate good incomes for banks. Private loan Student lending is also becoming a large part of revenue generation for a bank. Credit cards such as MasterCard and Visa have lucrative fees for banks because banks consider them as risky lending.

Banks issue loans to creditworthy individuals and businesses to their depositors which helps them to keep track of them. While businesses enjoybusiness loans from banks, individuals will receive loans for other purposes.

Government securities offer banks a safe mode of investment in short term treasury bills that mature in a year or less. They also invest in treasury notes with a decade old maturity period. There are treasury bonds that take 40 years to develop offering investment alternatives when the economy is turbulent or during an economic recession.

Bank account fees for savings and checking account are getting much easier to avoid, but they make a lot of profit for banks. There is a month to month maintenance fees which can be waived and overdraft charges that can cost up to $35 every time an account is overdrawn. Below is a list of bank charges that contribute to a favorable bottom line for banks;

Bank customers with credit cards are charges an annual fee to use them. They also have to pay a swipe fee when the card is used to purchase items. Citigroup’s 2016 net revenues of $66 billion were profoundly impacted by profits from their credit card users. Citibank has a credit card base of 88 million global accounts that make purchases of over $80 billion, translating to high profits for its shareholders.

Cashier checks are processed at a fee for large amounts of payments, and there are charges for money orders used to process minor payments.

Some banks have financial advisors that assist their customers in making profitable investments in exchange for fees and commissions and asset under management charges.

The bank can also raise funds by selling its shares to external investors. They then will pay dividends to the shares although there is no law forcing them to do so. The amount of share capital a bank can own is regulated, and most banks result from sharing capital selling when in financial duress or when making acquisitions. Banks often preserve the right to call back their shares when they are stronger and do require capital that is considered expensive to the bank.

Learn more about the richest credit unions in the united states here: https://bankdash.com/13-richest-credit-unions-in-the-united-states/. 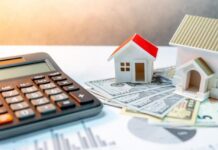 How to Get a Mortgage With Bad Credit – 2022 Beginners Guide 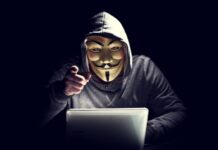 What to Expect from Hackers: Top Cyber Threats for Telecom 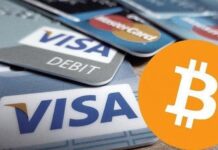 How do Crypto Credit Cards Work?