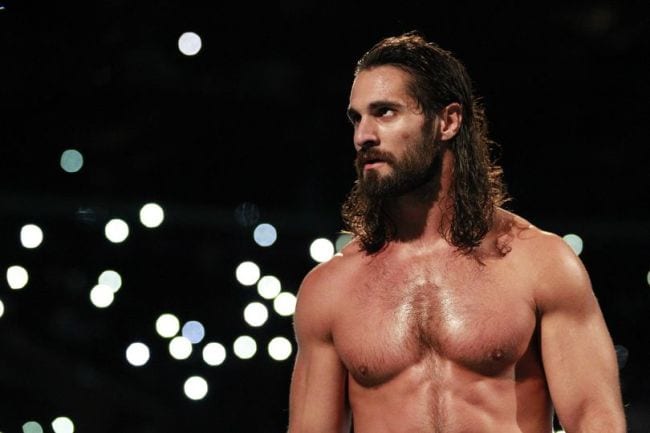 WWE decided to do a gauntlet match where every guy that is going to fight on Sunday is going to enter the battle on Raw. The goal here is to build up the Elimination Chamber clash on Sunday where these seven men are going to participate in order to determine who is going to challenge Brock Lesnar for the Universal Championship at Wrestlemania 34.

They did make us excited about the match as they have booked a solid gauntlet battle here. The one thing that they have also pulled off is making Seth Rollins look like a total beast. Booking team had him come out first in this gauntlet clash, and he was paired up with Roman Reigns.

Now, when you are in the ring with Roman, the odds are always stacked against you. Rollins is a great performer and he deserved to be pushed here. Since Roman is the clear-cut favorite to win the match on Sunday, there was no need for him to bury Seth here.

WWE made a great call having Rollins pin Roman clean. He looked as tough as nails. Then, when we expected him maybe to win the battle against someone like The Miz, the company had Cena enter the match.

When the 16-time World Champion entered, we all thought it was over. But, the show was only beginning. There is no doubt that Cena wanted to put this man over in this duel. The only knock here is that they had too many fake finishes. Other than that, the toughness and the moves that Rollins displayed were off the chain. That Falcon Arrow is beautiful.

He did something that nobody else has done – He pinned two of the top guys, at least in WWE’s eyes, in the same night. There is no doubt that the company did this for a reason.