There’s no denying that money is necessary nowadays, and probably considered to be one of the most important resources that we have to manage carefully. When it comes to spending money, all of our decisions are being influenced by marketing campaigns, tricks, and whatnot. We are all aware that marketing plays a huge role in how the world operates, which products are purchased and how much money people are spending.

We would like to think that we’re in control when it comes to our spending habits, but it is really important to realize that all of our money-spending decisions are influenced by many other factors as well. Marketing agents and professionals are constantly trying to come up with new and innovative ways to make people feel interested in their products, and no matter how much we try to ignore those, they still subliminally affect us.

Not that this is some kind of a conspiracy theory or anything like that, but all advertisements can catch our attention, regardless if they’re bad or good. To say that a certain advertisement was “bad”, you have to watch it first, right? Well, after you’ve watched it, the advertisement already achieved its goal, so even if you say that it was bad, the information from it is still stored somewhere in your brain, and sooner or later, it’s going to affect your future spending decision.

Ever wondered why all the popular and successful restaurants have logos that include red and yellow colors in them? Do you think it’s a coincidence? Well, the red color triggers hunger, and the yellow triggers thirst. And this is scientifically proven. Looking at these colors can dramatically increase your appetite without you even realizing it, which also increases the chances of you spending money at that certain restaurant.

Does the McDonald’s logo contain both red and yellow colors? Yes, it does. Is this restaurant known for making unhealthy, fast-food? Yes, it is. Is it one of the most popular restaurants in the world, always filled with huge lines of people waiting to get their meals? Yes, it is. Do you understand what we’re trying to say? As the study shows here, the point behind Marketing Psychology is to make you spend money at a place that you don’t want to or shouldn’t spend money.

When it comes to marketing and manipulation, colors are not the only method people use. Have you ever wondered why fast-paced music is played at supermarkets? Well, you might think this is just another coincidence, but in really crowded and popular supermarkets such as Walmart, fast-paced music is played for you to feel like you’re in a hurry, and grab as many products as you can before heading to the cashier’s table. The fast-paced tempo doesn’t allow you to carefully calculate how much money you have, and try not to go over your budget, or notice any recent price increases on the products, resulting in making you spend more money than you should’ve.

Fonts play a huge role in marketing as well. Casinos have flashy neon numbers for a reason, and sex shops have the type of font plus color combination that makes your sexual “hunger” take over. We might think of marketing as just “something people do”, but it’s much more than that. 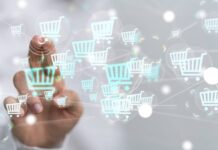 How to Increase Your Ecommerce Sales With Digital Marketing 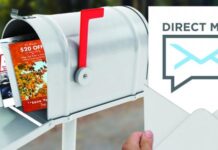 4 Reasons for Real Estate Investors to Use Direct Mail Marketing