Opptrends 2021
Home Sport Sasha Banks Is The New No.1 Contender 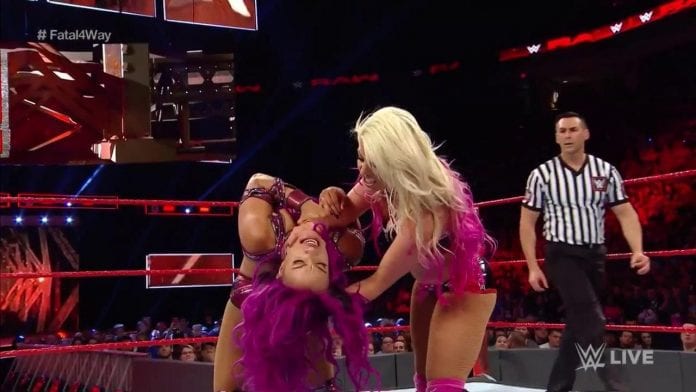 In the main event of the Monday Night Raw, we had a chance to see the Gauntlet match that was going to determine who is going to face Alexa Bliss at the Great Balls of Fire PPV in 13 days and challenge her for the Women’s championship. Even though the match has six participants, there were truly only two that could have won the battle. These two met in the final duel, with Sasha Banks coming out on top.

Nia Jax opened the match with Bayley. It was interesting to see that WWE had the Hugger appear first and suffer a loss to Nia right away. But, she looked okay as this girl held on for a long time. Besides Sasha, she was the only one to bring the fight to Nia Jax. Mickie James, Dana Brooke, and Emma had no shot against Nia as she made quick work out of all of these women.

After they have all fallen to Nia, Sasha Banks came out, and the two superstars had a good battle. It lasted a while, and it was one of the better matches of the night. Sasha was doing everything that she could do defeat the women that have already wiped out everybody on the roster. Even when Sasha put her into the Bank Statement, it took a while for her to make Nia submit. In the end, the Boss was the one standing tall.

Since Nia was in that segment with Alexa before the match, we could have guessed that Sasha will be the one standing tall. These two have some history off camera, so it will be interesting to see them in the ring and how they mash together. There is no doubt that we will see a good performance at the Great Balls of Fire.