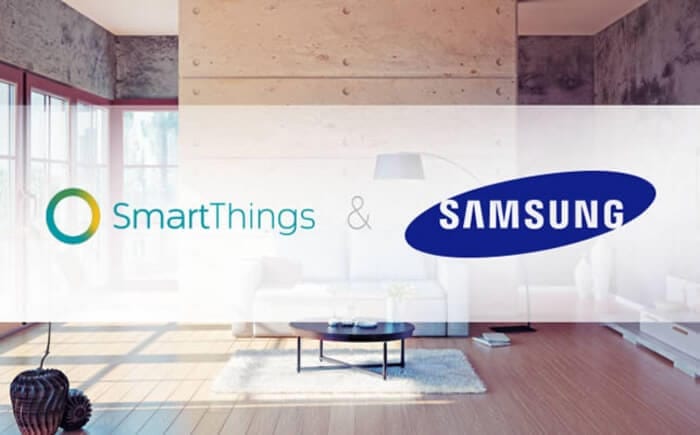 While all smartphone companies offer more or less similar devices with slightly different features, it’s the need of an hour to take a leap by entering into new fields that bear some relevance and could potentially help gain a larger share of the market. Now, big tech firms have been battling to acquire and operate smart homes. In the first half of the year, we have seen few major activities; Apple revealing at WWDC its plans of launching Homekit and Google acquiring Nest for $3.2 billion. And, now add Samsung Electronics Co., Ltd. (LON:BC94)( KRX:005930) to that list (though not confirmed yet).

Now, Samsung, which is a smart mover always taking maximum advantage of any opportunity that comes its way, like its rivals has plans of entering the arena. The Korean company has plans of buying SmartThings, which is a home automation firm for a deal costing $200 million as reported by TechCrunch.

Samsung Electronics Co., Ltd. (LON:BC94)( KRX:005930) has been leading the smartphone market from quite some time now, and this has not come easy with the market full of some rivals like Google Inc (NASDAQ:GOOG) (NASDAQ:GOOGL) and Apple Inc (NASDAQ::AAPL), Nokia and BlackBerry, who keep on innovating products, technologies and features. Though the latter two are not a serious threat to Samsung for now, but it seriously has to keep an eye on the former two, who are releasing new devices soon, which are very much in line with the customers’ requirements.

Samsung has to add a means of revenue generation to compensate for the negatives attached with declining smartphone sales. With Samsung entering the home automation space it will be able to increase sales of high-end smartphones and would also look for other opportunities that could help check the downfall.

As of now, there have been no comments on the news from Samsung and SmartThings.