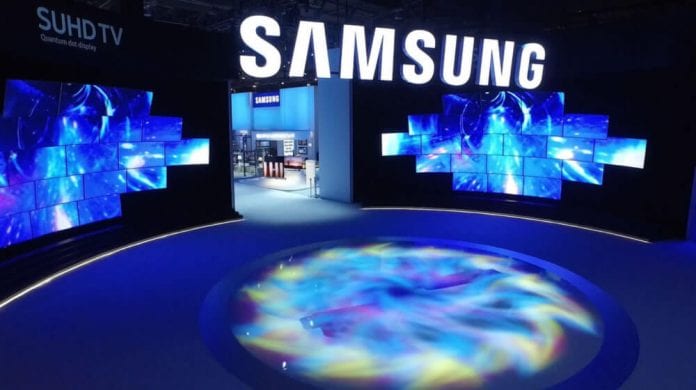 Operating profit for the company came in at 8.3 trillion or $7.8 billion in the three months ended December. The Suwon, South Korea based company lagged behind its performance of 9 trillion won in the previous quarter. Analysts were expecting the company to post an operating profit of 10 trillion won, but the profit decline was the first since the third quarter of 2011.

Sales for the quarter came in at 59 trillion as stated by the company on Tuesday. The surge of 5.3% was the slowest since a 2.6% increase in the third quarter of 2011. The Korean company did not release any details on net income, divisional earnings and these numbers will be published later this month.

According to Jae H.Lee, a Seoul based analyst at Daiwa Securities Group Inc, the one-time cost items like bonus payouts were more than expected. The analyst added that there are not many real catalysts for growth in the first quarter, and neither any striking string of product line up has been revealed.

Another analyst Shawn Kim of Morgan Stanley said that the Korean electronic major paid special bonus of 700 billion won to the workers, in the quarter.

Samsung Electronics Co., Ltd. (LON:BC94) (KRX:005930) stocks declined 0.1% to 1,306,000 won as of 9:58 am in Seoul. The shares tumbled 9.6% between December 24th and January 3rd. The decline washed off $19 billion of market value or more than the capitalization of smartphones rivals such as HTC Corp, LG Electronics Inc and BlackBerry Ltd together.

Samsung Galaxy S4 could not post impressive sales number and lagged considerably behind iPhone 5S and iPhone 5C along with Chinese phone makers, who are selling smartphones for as low as $100.

Sales of Samsung Galaxy S4 declined to 13 million units in the fourth quarter from 17 million in the previous three months, according to a report from Daewoo Securities Co. Additionally, the company is also under intense competition from the manufacturers of low priced smartphones with latest features and functions.

Sinobald Abramov - July 6, 2020
0
The internet has become so popular and represented that a lot of people don’t feel the slightest need to go out. Whether it's shopping,...