Wi-Fi technology is one of the booming technologies and if we talk about it, then we get to know that it is a tale of two speeds: the theoretical and the actual. Theoretical speed refers to the speed that a company claim while launching their product whereas the actual speed refer to the speed that these Wi-Fi router’s box actually run on. Basically the maximum network bandwidths you see on a router’s box are never achieved owing to real-world elements like walls and household appliances, the maximum.

However, recently the smartphone maker and the tech giant Samsung Electronics Co., Ltd. (LON:BC94) (KRX:005930) claims to have developed a 60 GHz WI-FI technology that will actually make these two tales of speed into one.

The Korean company says its Wi-Fi technology will make possible to transmit data up to 4.6 gigabits per second or 575 megabytes per second. This claim from the company side is about five times faster than the current ceiling for Wi-Fi speeds for consumer electronic devices, which actually stands at around 866 megabits per second or 108 MB per second.

The transmission speed of this newly developed Wi-Fi technology is so fast that it can actually transfer 1 gigabyte movie between devices in fewer than three seconds. In addition, uncompressed high-definition videos can be streamed from the mobile devices to TVs in real-time.

According to Samsung Electronics Co., Ltd. (LON:BC94) (KRX:005930), the company’s 802.11ad standard 60 GHz WI-FI technology maintains maximum speed by eliminating co-channel interference, regardless of the number of devices using the same network. This was almost impossible for exiting 2.4 GHz and 5 GHz WI-FI technologies. The Korean company claim that is has addressed the issues that hindered the speed by using the wide-coverage beam-forming antennae and micro beam-forming control technology.

Samsung Electronics Co., Ltd. (LON:BC94) (KRX:005930)officials expect to integrate this new Wi-Fi technology in a many products, including audio-visual devices, medical devices and telecommunications equipment. It expects the unlicensed 60 GHz Wi-Fi band spectrum will be commercialized as early as next year, a bit later than expected.

These efforts by the company will mark its impression as a most innovating company, and will also it to diversify its product portfolio. In addition, the company expects some deals and agreement from companies to avail such technology. 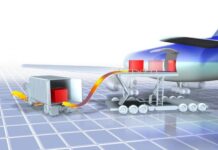 5 Technologies That Will Change the Future of Logistics