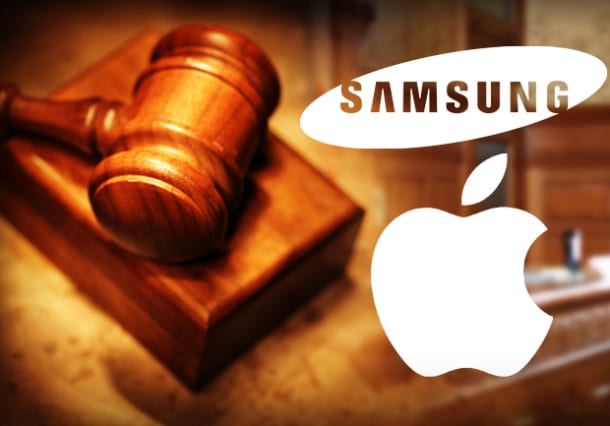 We are not new to these wrangles between these two key players in the smartphone business. In a recent dispute, Samsung has to pay rival, Apple Inc. (NASDAQ:AAPL), $548 million as a settlement over violation of patent rights. The big question is; will this be the end of the legal disputes between these two companies?

A verdict, in Apple’s favor, was reached by the United States District Court for the Northern District of California in early September. These two rival companies filed a joint statement to the court, on Thursday, which stated that Samsung had agreed to pay Apple concerning the verdict.

However, this does not mean that Samsung was giving into the claims. In the statement, Samsung made it clear that it should be able to get a portion of the money or the whole $548 million if the verdict, which was biased, was withdrawn, modified or was changed to their favor. Samsung made it known that it would appeal to the Supreme Court; therefore, a reimbursement should be made in the event a petition filed to the Supreme Court changed the verdict of the District Court of California.

“Regardless of the authenticity of the patents right we are accused of violating, we disagree with the court’s insistence that we have to pay Apple such a humongous and overstated amount as settlement,” said Samsung via an electronically mailed statement.

“It is true that we have paid the claims, but we are very positive that our products do not in any way imitate the patent models of Apple’s products. We are not relenting from the legal struggle to defend our designs that are uniquely crafted.”

On the other hand, the litigant, Apple disagreed with Samsung by stating that the latter had a legal obligation to settle the claims. In what can be called an emphasis statement filed with the court, Apple claimed that “the judgment is a reflection of what is clear to the whole world; Samsung knowingly used our ideas in the designs of their models.” Apple did not forget to appreciate the legal system for “boldly transmitting the message that theft of ideas is a crime.”

There are two famous lawsuits between these two smartphone market giants. In both lawsuits, Samsung is the defendant. The legal battles are not new; they began four years ago where Apple Inc. (NASDAQ:AAPL) claimed that Samsung had cost them $2.5 billion because of imitating their technology and the packaging patents of their models.