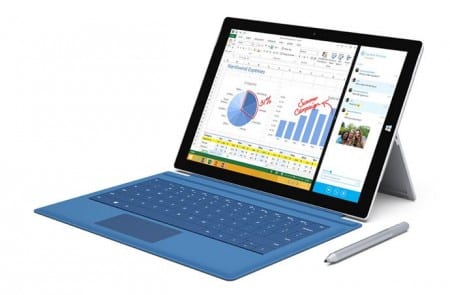 Apple has held the top position with its iPad products for a long time, but Microsoft has been popping out constantly improved Surface tablets. Microsoft managed to launch devices that are strong enough to rival Apple on the tablet front and that aspect has now been translated into better sales for the Surface line, even surpassing iPad sales. A report compiled by the 1010data Ecom insights panel reveals that Microsoft tablets had the highest online retail numbers in October 2015.

Microsoft received a lot of positive responses thanks to the Surface Pro 4 and the Surface Book that were also launched in October. However, the company has generally been on an upward trend even with its previous offerings. The data reveals that it is the first time that Apple has been removed from the top position. The data was derived from a study of the top 100 online retailers in the US. The 100 retailers combined are answerable for 95% of the physical products purchased online.

Researchers are now waiting for sales data for the recently launched iPad Pro. It will allow them to determine whether the sales spike was purely due to the launch of the new devices or whether it Microsoft’s devices have been receiving more appreciation. There are a few factors that have been in favor of Microsoft.

Over the last three years, the company has carried out some major restructuring activities especially with the operating systems and the product line.

Microsoft’s latest Surface products have blended perfectly with the Windows 10 operating system that was launched this year. The company also featured a lot of RND for the Surface hardware. This has been at the top of the company’s strategy to tighten the competition against Apple in the tablet market. Apple has retaliated with the iPad Pro, and it is only a matter of time until market data reveals which company has the upper hand.