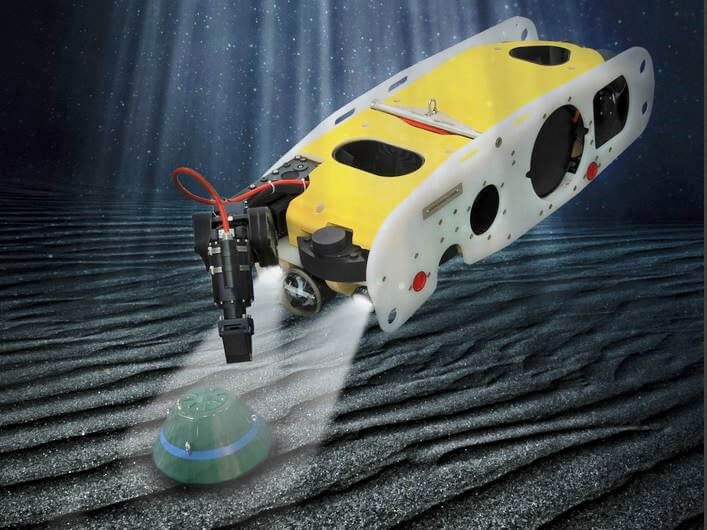 The Sea Wasp is designed to locate, identify and neutralize any Improvised Explosive Device (IED) and in any location due to its size and flexibility.

Terrorism threat is not just on land or in the air, underwater threat is also a growing concern and most of today’s underwater bombs are taken care of by trained divers. It is remotely operated from a safe distance. This makes the FBI and the US Navy interested in the underwater robot.

The U.S. Navy, the FBI and South Carolina’s Counter-Terrorist Operations undergone Sea Wasp training from SAAB and are testing and evaluating the prototype for the next 10 to 12 months.

If tests are successful, the Sea Wasp could prove to be a much needed device specially when it can keep divers safe, many government agencies around the world would want to have it as part of their anti-terror arsenal.