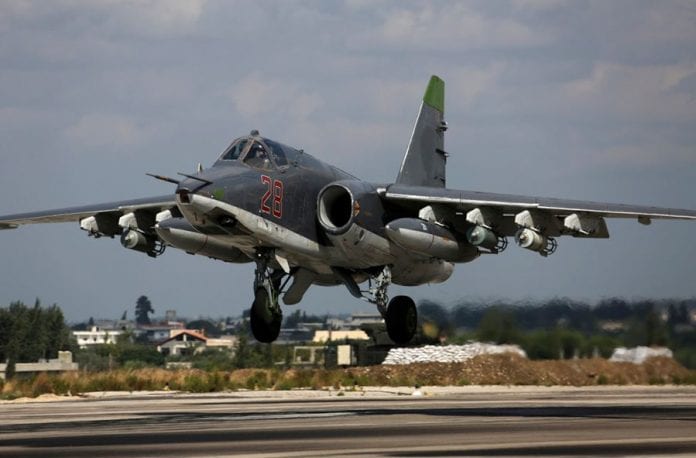 Russia and the United States are secretly coordinating their air strikes in Syria through Israel’s hotline to prevent unintentional collision of their air crafts, according to intelligence officials, who spoke to the Israeli media.

The Defense Ministry of Russia disclosed on Thursday that a hotline was created between the Russian and Israeli air forces operating in Syria. The hotline serves as a direct line between the militaries to avoid any dangerous incident between their aircrafts in the war-torn country. The Ministry said the air forces of both countries conduct their first stage of training on October 14.

In a statement, the Russian Defense Ministry said, the air forces of both countries conducted their first stage of training on October 14. The Russian and Israeli personnel continued their coordination and practiced the necessary procedures.

Netanyahu and Putin’s agreement over situation in Syria

Last month, Israeli Prime Minister Benjamin Netanyahu visited Russian President Vladimir Putin and discussed his concerns regarding the situation in Syria particularly the fight against terrorists and the peace process in the Middle East.

During the meeting, Netanyahu and Putin agreed to create a joint mechanism to prevent misunderstandings between their forces in Syria.

According to the Israeli media’s sources, Arab-speaking flight controllers were in-charge of the hotline on Russia’s end while Russian-speaking officers were handling the hotline on Israel end.

Western air controllers will also use the hotline to coordinate the activities of their aircraft with Russia.

US rejected Russia’s proposals to establish a direct hotline

Russia started its military campaign against Islamic State (ISIL) in Syria.  Since then, the Russian forces already conducted hundreds of attacks against the terrorist group.

On the other hand, the US-led coalition also continued their attacks against ISIL in Syria. No collision between them and the Russian forces happened so far, but there had been close calls.

Russia proposed the creation of a hotline with the United States given the fact that communication is important between the air forces of both countries under the current situation wherein Syria’s skies have become increasingly crowded.

White House spokesman Josh Earnest said, “We’re not interested in doing that, as long as Russia is not willing to make a constructive contribution to our counter-ISIL effort. Russia has its own agenda right now that they’re pursuing on their own.”

Earnest added, “So it’s not particularly surprising to me that President Putin would resort, in some desperation, to try to…convince us to join them. But the fact is that is a request that’s fallen on deaf ears.”

Although the United States rejected Russia’s offer, it is using the Israel’s hotline to coordinate its military operations in Syria, according to Israeli military and intelligence offices.

Car rental from Avis in Pittsburgh for young drivers