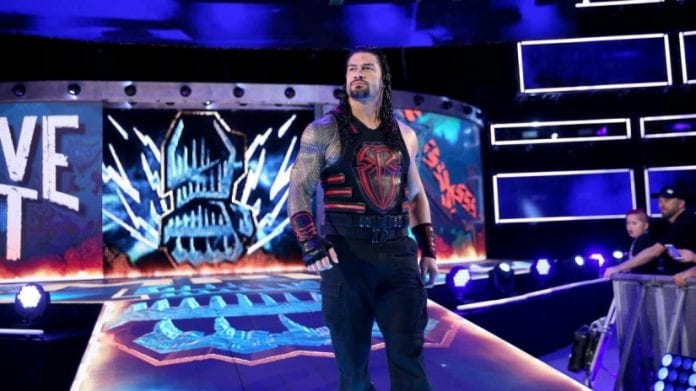 Well, if Roman Reigns wasn’t the most hated superstar before Sunday’s Wrestlemania, he did became just that when he beat the Undertaker and sent him to a well-deserved retirement. Many people have stated that they would be okay with Roman winning the match if it resulted in a heel turn. The duel has come and gone, Reigns won, no heel turn. Even though he is a face, everybody booed him when he was leaving the ring.

Monday Night Raw started off with the fans paying tribute to the Undertaker by chanting his name for almost three minutes. Those cheers easily turned into “Roman Sucks” chants, just before The Big Dog’s music hit and he showed up at the ramp. When he got to the ring, everybody was calling him out with all kinds of words. The fans booed him out of the building, just like everybody expected. The producers didn’t even try to turn the volume down. They just let him go out there and get killed.

The crowd was relentless and showed the WWE why he should be a heel. Any kind of reaction is not a good response like the company thinks that it is. They certainly want better and positive result, so this wasn’t the ideal situation. If you are a heel, you should do everything to get booed. If you are a face, you need to do everything possible to get cheered by the crowd.

Reigns was pretty serious in a match against the Undertaker. He showed a lot of signs of brutality and had some heel-like moments in the past couple of weeks. He capped it all of with a beautiful five-word promo on Monday. “This is my yard now” is all that he had to say. He should always keep things short when he talks. Now, he looks like a tweener, and it is going to be interesting to see whether or not he turns heel eventually. We wouldn’t bet on it, but he has been portrayed a bit differently as of late.