If your mind is still sane and you are good at using common sense, then you know that buying a car from a Rockstar is a big No-No. Not even God knows how were they driven and what have they done in it. That goes for regular cars that they have actually driven a lot. When it comes to collectors car, being owned by a rock star is a big plus. That’s why the 1971 Lamborghini Miura P400 S that was previously owned by Rod Stewart is going to be sold at The Classic & Sports Car Show in London for an estimated price that’s in the region of $979,000-$1,100,000.

This model that is going to be sold at an auction by the end of this month came into Stewart’s possession on the day he was receiving his knighthood. Being in top condition and bringing the perfect blue shade, this P400 S Miura has everything that needs to be a star of the auction. The model itself has a history as every Lambo does. It has a backstory, a Rockstar as a previous owner and it’s preserved perfectly which is very important to every living collector.

If buying Rod Stewart’s Lamborghini Miura P400 S is too much for you to handle financially, there will be other historical models previously owned by rock stars at the auction. Boys at The Classic & Sports Car Show in London will also be offering 1972 Maserati Ghibli 4.9SS that was previously owned by U2 bass player Clayton. This car is one of the only eight remaining in the world that has right-hand-drive. With this kind of history, it won’t come cheap. Price for this Maserati will be in the region of $293,000-$340,000. 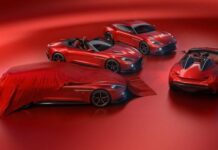 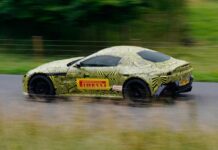