The first season of Riverdale was full of excitement and gut-wrenching experiences that the fans are now lusting for its continuation. As we already know, Season 2 will represent that continuation; however, the release date remains to be the mystery. What we do know so far is that the filming is going to start in June. For the time being, we can discuss and go over the things that we’ve had the chance to see in the first chapter of the series and talk about what’s next going to happen.

1. Archie is going to get dark.

According to Roberto Aguirre-Sacasa (RAS) is about to go down the path of a hero, but prior to that, he is going to take a small turning. What he experiences are dark things such as revenge and violence. “So it’s going to be a really different Archie for season two,” he states. “That’s really exciting.”

2. Season two will pick up where season one left off.

The sequel is going to be centered around Archie’s path which is veiled in darkness and discovering the mystery of who was guilty of shooting Fred will be the first thing to go over.

Betty is the one who announces the civil war at the end of Season 1, by telling Jughead that she wouldn’t like to “let a civil war rip us apart.” So, will Jughead have a hard time with having to make some difficult decisions upon joining the Serpents? This means that here we might get to witness the forbidden love sufferings.

4. You guessed it: Betty and Jughead’s relationship will be on the line.

In the new chapter, these two might grow apart. A “central conflict” will jeopardize their relationship, and that will probably be very difficult for both of them if we recall that by the end of the season 1 we saw that they have grown to love each other very much.

This news could be taken with a grain of salt, but RAS has already stated: “I wouldn’t be surprised, and that’s all I’ll say about that.”

6. There will be some new faces.

Mark Consuelos is going to play Hiram Lodge, and Riverdale will have to recast Archie’s football teammate’ role. Namely, Ross Butler will be replaced due to his work on a new project and a hit show on Netflix – 13 Reasons Why.

7. Sabrina the Teenage Witch and those zombies you keep on hearing about might still have a chance to enter the Riverdale world.

Sabrina was originally planned to be introduced in the Season 1, but the danger of it was that the center of the story could be thrown into the background. The producers were also skeptical about bringing the elements of supernatural into the natural world. But the second season will be ambiguous about these factors and as RAS states: “Or that might just be to make it more like Twin Peaks and the way they dealt with the supernatural.” 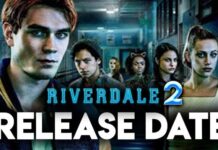 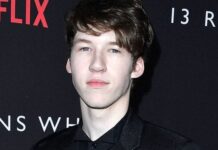 Meet Devin Druid From 13 Reasons Why 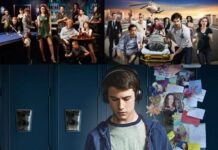 You Think Your Life Sucks? These TV Shows Will Prove You Wrong!