The world and society are changing as we know it; gone are the traditional stereotypes as barriers and glass ceilings continue to get smashed. Just a while ago, the roles were clearly stated in the society, but over the last few decades, the roles keep changing and there are really no clear borders about the things that are female or male. Even though some people would say that this is not very good, Millennials are on their way of discovering a path of love, democracy and full acceptance of the differences between people.

IT industry has been reserved for men for a long time, but that is now changing and welcoming women who contribute to the evolution and the progress with their innovative solutions. The gaming industry is also very different from what it once was since female gamers are now on an unstoppable rise. Whether their choice is first-person shooter games, role-player games or even casino and bingo sites, women are simply becoming more invested in gaming.

The transformation from land-based establishments to the online world has helped both the rise in a casino and bingo usage as well as female accessibility. Females are leading the way in bingo as the numbers of female casino users increase dramatically. With a plethora of sites to choose from such as Gambler Saloon, females – and males in general – have an ever-increasing array of options to choose from. New games keep appearing and conquering the market, offering gamers more and more opportunities to get entertained and test their skills.

With 57% of the 60 million bingo players in the US, the role of female gamers is becoming more and more recognized. But, just where has this female interest come from and what is likely to happen in the future? While girls used to hide the fact that they are playing games because of the reactions from society in the past, they are not doing that anymore. Games were reserved only for geeks just a while ago, but now geeks are widely accepted ever since they showed how capable they are, so girls are embracing this role as well.

Female gamers are now welcomed with open arms and their skills are very much appreciated. What is also very important is that there is no age limit. We all hear a lot about couples playing games and enjoying this hobby together, sharing interests, which is also a nice change.

Video gaming was once an industry dedicated purely to males, but that gender bias, like society in general, is changing. An average of just over a billion pounds was spent on video games between 2018 and 2019 by women, according to Barclays Corporate Banking. That figure made up a third of spending on video games.

Almost a billion females now actively think of themselves as gamers which equate to 46% of all gamers. That is an impressive number when considering that video gaming was once thought to be a male bubble. In order to decrease the harsh attitude towards female gamers, there have been many measures taken to adjust the games so that the girls can feel welcome.

However, it is important to say that girls don’t want any different treatment from the one that guys have. They want to be treated as equal and simply be entertained and have fun while playing games. It is a fact that gaming is quite an interesting hobby that has many mental benefits and it is a perfect way of releasing stress.

Mobile gaming is experiencing an unbelievable boom at present. The computers and game consoles as the pioneers of gaming have been replaced by smartphones. With 60% of adult gamers preferring the smartphone to other forms of gaming platforms, playing on the go is now a simple outlet. As the smartphones take over society, gaming is now much easier to access.

But, whilst female gaming grows, the differences between its growth and the original male growth are obvious. Whilst a third of female gamers are categorized as “time fillers” – playing games to pass the time – just under a fifth of males class themselves as such. And, as men prefer the social stimulation of consoles, it’s the “alone time” of one-player games on mobile phones that women prefer.

Male characters used to be the obvious choice for gaming companies – a male-dominated industry wanted male heroes to look up to. But, with females now almost balancing the gender count of gamers, the rise in female characters is coming through. Mario’s Princess Peach or Mrs. Pacman have given females the chance to play their gender.

All of this is truly a magnificent change. It is nice to have a beautiful and fierce heroines in a favorite game. Girl power is included in the gaming world as well, changing the perception that girls are gentle and weaker than men. Even though men are physically stronger, that doesn’t mean that women don’t have many superpowers.

And, as the female gamer rises so does the opportunity for the most talented to make a living. The Internet has given us the opportunity to connect to people anywhere in the world no matter where they are, which is great. There are no barriers and people are generally more connected than ever before. Sssniperwolf and iHasCupQuake number seven and six million subscribers respectively, providing the female gaming world with players they can look up to and learn from. These are truly huge numbers showing how young people want heroines in their life and connect with them on a deeper level.

Female gaming to continue its rise

With the societal changes that have happened and are happening, traditional stereotypical behaviors have been destroyed. With that, the female gamer is now an accepted and idolized essence of what was once a male-dominated industry. And, as female interest grows and the current platforms continue to expand, this female participation is likely to develop even further and fully detach from the traditional roles imposed on the women by society.

Women are brave, smart and adventurous, they have shown it in numerous ways and keep breaking all the stereotypes. Who knows, maybe sometime in the future, gaming will be completely girls’ world. We can only wait and see how it will evolve, but women are on their way to conquering the world by ruling one sphere after another. 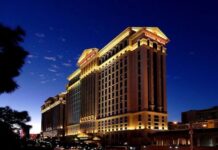 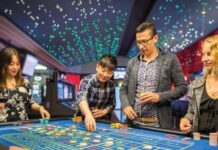 7 Casino Gaming Innovations to Look for in 2021 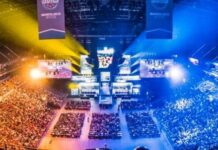 How Is Esports Evolving in 2021 and Beyond?