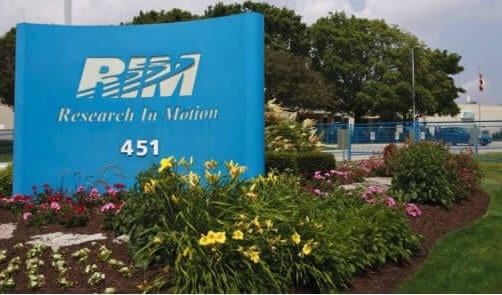 Can RIM make a comeback? Will the BlackBerry BB10 be the champion for Research In Motion in 2013 ?

There seem to be enough similarities between Apple’s situation back in 1996 and RIM’s situation now. Back in 1996, Apple was hitting all time low and was diving hard towards bankruptcy. Not to mention the continuous beating it got from the media and analysts alike.

* Time Magazine, 2/5/96: “One day Apple was a major technology company with assets to make any self respecting techno-conglomerate salivate. The next day Apple was a chaotic mess without a strategic vision and certainly no future.”

* A Forrester Research analyst, 1/25/96 (quoted in, of all places, The New York Times): “Whether they stand alone or are acquired, Apple as we know it is cooked. It’s so classic. It’s so sad.”

* Nathan Myhrvold (Microsoft’s chief technology officer, 6/97: “The NeXT purchase is too little too late. Apple is already dead.”

You can read more of these at the New York Times Blog.

Can you see the similarities here? The NeXT purchase is too little too late? compare with, BlackBerry 10 too late to save RIM. How about “One day Apple was a major technology company”? wasn’t RIM the major and dominant force in the smartphone market?

Here’s just one of the similar media beating on RIM “No matter which way you slice it, RIM is still toast”.

These people fail to realize that Research In Motion DOES have loyal fans and solid products just like Apple did back then. In 1996, Apple was searching for an operating system it can purchase, and finally decided on NeXT Computer which was founded by Steve Jobs when he left Apple in 1985. This brought back Steve Jobs and the NeXTStep OS which is now regarded as the grandfather of MAC OS X and iOS.

Looking at RIM today, Thorsten Heins appointed CEO in January 2012, made several changes of important note is the complete turnover of the management team to make decision making a faster process. He has direct talks with the development team just like Steve Jobs did. RIM’s Acquisition of QNX Software Systems was before Thorsten’s time at RIM, but think of it as just another similarity here, Apple buys NeXT Computer to get the NeXTStep OS and RIM buys QNX to get the QNX OS. The BlackBerry 10 OS is based on QNX.

Despite the fact that he has done quite a bit since taking over as CEO of RIM, the 54 years old CEO thinks he’s only half way to where he wants RIM to reach. He definitely seems to be well focused and it does seem like the smartphone market is not RIM’s only game to play. Note that RIM’s BlackBerry 10 enterprise network is “Already” FIPS certified. Also note that during 9/11 when phone systems failed, it was RIM’s network that provided backup communication.

In an interview with Reuters, the CEO of RIM recently said: “The tactic we are deploying is by country and by region. We are aiming to have the most important 200 to 400 apps available, because many applications are regional and they really do have a regional flavour,”.

The focus is on quality of BlackBerry 10 apps not quantity, and even though, the Blackberry 10 will launch with about 100,000 apps which is more than any other device has had during launch time anyway. He said apps store size doesn’t matter, what matters is quality, meaningful, and targeted apps.

Apple and Google’s apps stores are full of apps each with more than 700,000 apps most of them meaningless apps however, BlackBerry App World has the most paid for downloads.

Here are two very slick features in this video about the camera app and the keyboard revealed at the BlackBerry World 2012.

According to RIM, BB10 phones with physical keyboards will debut a month or two after the release of the touchscreen BB10 in January 2013.

While I don’t really like the launch date, I think the BB10 will be a strong hit, people already losing patience waiting for it. It looks promising and has great features with a wholly new design it’s exciting to many.

RIM could prove to be one of the best stock buy in 2013. Why not? the Warren Buffet of Canada is buying tons of RIM shares.

By the way, this relates to the previous article where smartphones add to the heavy demand on carriers’ networks. You can read the article Investing in Wireless Telecommunications Infrastructure