One of the most interesting CD-ROM games was called The Simpsons: Virtual Springfield and although it wasn’t too advanced, since it was released in 1997, you could take a tour through the city of Springfield, and it was fun for the fans of the show. The details were just perfect, and the characters were the same and talked the same as the ones on the TV.

There is a new game called Rick and Morty: Virtual Rick-ality and it is offered on the Oculus Rift and HTC Vive for $46,99 and $US30 respectively. Just after a half an hour, you can say that this title is engaging and it provides great VR experience. This one is a testament to the right way to make a VR game plus it is really exciting and perfect after work or school. Owlchemy Labs, the people behind Job Simulator and Adult Swim, built this game and here, you can see the very entertaining trailer.

In the actual game, you are a Morty clone, and you are nothing more than Rick’s assistant. However, it is so great because it looks as if you are in an episode of Rick and Morty, while the voice of Rick is just like the one in the show. Owlchemy team spoke about this game, and they said that they had found the inspiration in the old adventure games, but they were influenced by Space Team and Bop-It! This is clearly seen the Rick and Morty game.

According to the creator, the Rick and Morty: Virtual Rick-ality should work with room-scale spaces of all sizes. Of course, if you have more space to move around the better, but you shouldn’t worry about it too much.

What is great about this title is that it allows you to explore the world, but you also have puzzles to solve and some tasks to complete. The first job you get is to do Rick’s laundry, and there are some other silly chores that you need to do in the garage and around the house. At the very beginning, you receive a watch which helps you do tasks, but you can spend as much time as you want on explorations.

Interestingly enough, there are no save states, but when you reach a certain level, you unlock content breakpoints. In the beginning, you look at the television set and what you need to do is bring yourself into the world via a DVD. More DVDs keep appearing as you make progress.

Adult Swim Games and Owlchemy decided not to include the specific save states instead of which you have the unlock points because they think that this is the kind of game you are going to show to your friends and acquaintances. In this way, you cannot mess up someone’s saves, and new players can just select the first DVD disc if they want to start a new game.

The good thing about the breakpoints is that you can play a certain section of the game over and over again and explore the universe. Justin Roiland is a fan of VR himself and he loved Job Simulator. According to Jeff Olsen, VP of Adult Swim Games, Turner was also interested in VR, so they managed to get a deal.

The Owlchemy had “total autonomy” when they produced this game, and after they had completed it, Roiland would create “over an hour of dialogue and riffing” which really improves Rick and Morty: Virtual Rick-ality.

The game and the show have many similarities, which is great and the graphics are just right. Playing this title will definitely make you fill relaxed, and even if you are not the fan of the show, the VR is just perfect. It may take you some time to realize what’s what in the game, but it is a top of the shelf VR experience. 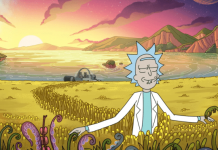 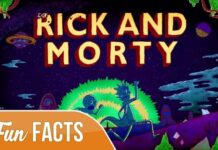 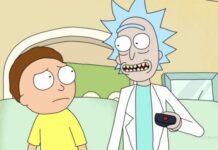