After season 4 arrived on Netflix, many people were disappointed only to find out that Justin Roiland and Dan Harmon are releasing half of the season, with no specific date for the rest of the episodes.

This news particularly hit hard the younger fans who have been waiting a long time for season 4.

But, with all that said, the episodes that did come out were absolutely brilliant, and we can safely say that the writers are geniuses.

Season 4 definitely not afraid to touch on controversial topics, go down dark paths, and even paint a depressing picture of the situations the gang is in. This is what makes Rick and Morty one of the most highly anticipated shows out there.

So, that’s why we’ve decided to take a look at the top 5 moments in the show’s history. We will touch on some specific stuff from the cartoon and only some other things that made Rick and Morty extremely memorable. While these definitely aren’t all of them, they certainly had their say in making the show as popular as it is.

Firstly introduces to us in Season 1 Episode 5: Meeseesk and Destroy, Mr. Meeseeks is one of the most memorable side characters of the show that probably made us fall in love with it.

But more so, Mr. Meeseeks is responsible for one of the most memorable episodes of the show.

In the episode, Rick is asked to do some choirs around the house by the rest of the family. Since Rick has a miraculous answer to every question and problem ever existed, he shows Jerry, Summer, and Beth the Meeseeks box.

He explains that Mr. Meeseeks exists solely to solve menial tasks and chores given to them by the user of the box.

So Jerry, being the idiot as he is, pops one out and asks the Meeseeks to solve his golf problem. What Jerry didn’t know is that Mr. Meeseeks can only live for a short time, and Jerry’s chore proves to be an impossible task. Since the first Meeseeks couldn’t do what Jerry asks, he pops a new one to help out. Seeing that every Meeseeks popped out couldn’t solve Jerry’s task, the Meeseeks went crazy and on a kills spree.

Yet another memorable episode came in Season 2 Episode 4: Total Rickall.

In this episode, the family gets infected with parasites that come in the form of happy memories, so they can remain in their lives and house.

Rick, again being the smartest man in the galaxy, uncovers this and informs the family of the parasites. Naturally, the gang solves the problem by going on a parasite-killing spree. Whenever someone has a happy memory of something, they kill it.

Everything turns out okay at the end of the episode, and the family sits down for dinner. However, at the dinner table, a surprising addition in the form of Mr. Poopybuuthole joins them. Beth realizes that she has only happy memories of the character, and blasts him with a ray gun.

It turns out that Mr. Poopybutthole isn’t actually a parasite, so the emotional rollercoaster begins. Many thought the character is dead, only for it to latter appear in the season finale.

This isn’t a moment depicted by the show, but a moment that came from its popularity. Justin Roiland’s and Dan Harmon’s show grew so big that merch was flying from every corner.

As a matter of fact, Rick and Morty’s merchandise is sold in literary every form across the world.

From coffee mugs to T-shirts, and even mousepads; the options for merchandise were endless. Naturally, the show became the highest-selling brand, with a lot of people owning at least one Rick and Morty item.

If you’re interested in buying original Rick and Morty merchandise such as Pickle Rick swathes and lots of others, then make sure to visit lacitadelledesricks.fr

Probably the most ICONIC moment in the show’s history, the introduction to Evil Morty and Evil Rick in Season 1 Episode 10 had set the tone for future seasons.

The entire episode was telling us that Evil Rick is the man we should truly hate, however that didn’t turn out to be the case.

When first discovering that every Morty was essentially a shield for every Rick, our, real, Morty got upset a lot about it. It turns out that Morty’s were so stupid that they effectively blocked brainwaves from every Rick’s enemies.

Upon discovering the hideout of the Evil Rick and Morty, our heroes went to put an end to it. However, during a drastic turn of events, our own version of Morty (C-137) pleads the Evil one to free him and put an end to Evil Rick’s rule. After a few twists and realizations, Evil Rick is stopped and it turns out that he is actually a robot controlled by someone. After Evil Morty, along with every other Morty imprisoned, is freed, we discover that it is actually the Evil Morty one who controls his Evil Rick.

This not only blew the minds of the audience, but it raised the popularity of the show so much that the episode will go down in folklore history.

5. The Show at Comic-Con

Before the release of Season 4, the creators of the show went to Comic-Con to give exclusive information about the upcoming season.

Here, Justin Roiland and Dan Harmon gave the premier date, showed teaser images, and provided a lot of information about what’s to come in the future.

Season 4 was highly anticipated after the co-creators told the public the show was going to be delayed. However, at the San Diego Comic-Con, the voice actors of co-stars Beth, Jerry and Summer also showed up for exclusive interviews.

And while the show didn’t release any trailers for the upcoming season, it was still a moment to enjoy as fans got the opportunity to take pictures and signings from the stars of one of the greatest shows ever. 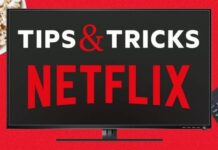