There hasn’t been such a transformative era in retail since frozen dinners upended the entire food industry more than a half-century ago. Considered mundane by today’s standards, those icy concoctions were a massive hit when they landed on grocery store shelves. For the first time in modern history, people didn’t need to rely on preparing home cooked meals every night of the week. Nor did single people have to eat out if they wanted nutritious, delicious fare. Now that the 2020s are upon us, there are some new retail revolutions in the making. Whether any or all of them stick around as long as frozen dinners remains to be seen. Chances are, many of them will last for a very long time, if recent sales figures are any indication.

What are these fresh-faced marketing phenoms that are quick becoming part of our modern culture’s wallpaper? Some involve home delivery of products we previously purchased in stores. Others appeal to the huge prepper community or to consumers who are always searching for a way to save money. And if you have social causes that animate your every waking hours, there’s a new retail trend to satisfy that urge as well. Here’s more about each one, and how they’re genuinely changing the way all of us live our daily lives.

Prepared, fully-cooked meal delivery has been one of the superstars of the food marketing scene in the past couple years. Most large cities now have at least three companies that sell individualized meal plans, some of which cater to dieters, gluten-free enthusiasts, vegans, vegetarians, paleo eaters, and every stripe of culinary regimen imaginable. The most recent offering from these companies has been packages of a set number of meals that you can buy for a discounted price. The packs are a huge hit with the under-30 crowd, especially young people who are often away from home for the first time in their lives.

Personal shopping services, often operated as sole proprietorships, have been around for more than a decade, but they’re enjoying a new surge of business for all sorts of reasons. As the number of older people continues to grow as a percentage of the population, more of the over-60 demographic is opting to say goodbye to grocery and other kinds of shopping. When you hire a personal shopper, the fees are usually low and paid by the hour or by the task. The utter convenience is hard to beat and all our goods are delivered right to your doorstep. Many of these services operate as errand runners rather than just shopping assistants.

Those who are a little more worried than most of us about the future have been called preppers for more than 30 years. There are enough of them to support a retail niche in things like MREs (meals ready to eat, aka rations), solar panels, electric generators, self-defense weapons, seeds, bunker supplies, canning supplies, fuel oil, and other related assets that you might need if the lights really do go out for a long time. But one of the biggest surprises to come out of the COVID-19 crisis was an affirmation of the entire prepper philosophy. When stores experienced runs on disinfectant, bathroom tissue, bottled water, and all kinds of paper supplies, the preppers were the only people not suffering. Now, it seems as if ordinary consumers have learned a hard lesson about stocking up on various categories of goods.

Amid a rapidly changing legal landscape, the cannabis subscription box has emerged as one of the big winners of the delivered-products niche. Not only are these clever, cannabis grab bags sent right to your doorstep, you get a new one every month. That means you can sit at your computer and design your package just the way you want it, taking all your personal preferences into account before you subscribe. They also make ideal gifts for similarly inclined friends and romantic partners. Companies like Nugg Club offer huge varieties of items that you can pack into a given month’s care package, all based on what you enjoy and the extras you feel you need. The idea of cannabis delivered directly to a person’s residence is something that would have been inconceivable not long ago. Today it’s one if the biggest hits in the personal products marketplace.

Groceries to Your Doorstep

All the major food retailers are getting in on this new way of keeping customers happy. Perhaps the new wave of interest in store-to-door groceries is related to the COVID-19 pandemic lock-downs that forced sellers to come up with creative ways to move inventory when most folks were afraid to visit stores in person. The gamble paid off for companies that decided to do it right. Even though many of those lock-downs are over, thousands of people have gotten used to ordering weekly groceries online and then waiting for the doorbell to ring.

A stalwart of the economy, wholesale clubs have finally made the big time. Now present in most medium and large cities, these low-fee membership organizations use their own wholesale price leverage to pass significant savings along to consumers. If you don’t mind buying in bulk, you can save a bundle by getting your weekly groceries at a wholesale club. The unique twist they’re offering for the 2020s is home delivery, store-based personal shoppers, their own brands of discount gasoline, and in-store pizzerias.

If you want to give your business to companies that support the same political and social causes you support, then you’ll be a big fan of socially aware shopping. This new phenomenon goes further than boycotts and so-called “buycotts” (the exact opposite of a boycott, in which buyers actively seek out sellers whose views and actions they support). When you choose to become a socially aware customer, you only purchase from organizations that are on your side of issues like the environment, immigration, law enforcement, and school choice. Companies once shied away from revealing their political stripes but now are embracing one or another form of political action, whether conservative or liberal. 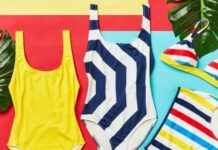 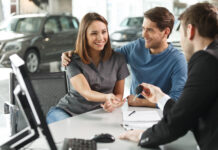