Just a few days ago something sparked up the internet, and that something was Fast & Furious actress Michelle Rodriguez who exploded on social media regarding the state of the ladies in the movies including herself. This is especially related to the F&F franchise, where she really deserves more time to shine, and she basically threatens that she might quit if improvement doesn’t happen.

Since social media is the place to be heard and resolve some things nowadays, Michelle and her colleague Vin Diesel took to social networks once again to address the recent drama. They even made a cute video together but what is interesting is that thanks to the text of the post it seems that Vin actually agrees with Michelle on the topic here. They both noted and agreed on the fact that the main goal for Fast & Furious 9 is to try to achieve a higher level. What is even more interesting is that Michelle made it really clear that she didn’t think about Vin when she noted that ladies in movies are underappreciated, on the contrary, she actually said “Vin, for many years you’ve been the biggest supporter of strong women. I’ve always appreciated that about you throughout the years and just know that if I ever post anything, that it’s not you I’m talking to.”

As it is his nature, Vin joked about Michelle’s post by writing “Of course it’s not me.” This, of course, isn’t that huge shocker especially if Diesel isn’t the one that orchestrated this outrage from Michelle, then why wouldn’t he support her. Especially after all they have gone through during all these years from the first to the latest F&F film. Since this is basically one of the most popular movie franchises lately, we are sure that there is very little out there who do not know Michelle’s character, Letty. She is portrayed as a female with the most character development, most power, and autonomy in the films while other girls in the movie have died, and Jordana Brewster’s Mia Toretto was basically displaced after Paul Walker’s untimely passing.

F. Gary Gray, the mage who directed The Fate of the Furious, has spoken on record and he said he feels that his film, at least, did a good job with women, so the only thing left now to see is if Rodriguez is able to negotiate to get what she wants. Thanks to some posts and reveals we already know that at least two more sequels to the franchise are going to be made and we will have to wait and see if Michelle will be back for another round. Remember that Fast & Furious 9 is expected to hit theaters on April 19, 2019. 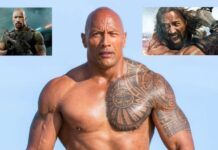