Opptrends 2021
Home Sport Reasons Behind The Struggles Of Indiana Pacers

Indiana Pacers were considered to be one of the top teams in the Eastern Conference. Just ten games into the season, we can clearly see that they are not as good as we thought they were. They have a lot of problems. It’s not just that they are playing bad right now and that they can make few small modifications, so everything sits in its place. No, the reasons behind their struggles are deep.

First and foremost, Paul George is not playing up to his potential. He is a superstar in this league but has failed to leave a mark on the season so far. He is not aggressive at all, and he is not taking over when the team needs that. At times, he just looks like an average starter on this Pacers team which.

Secondly, this team was built they way it was because Larry Bird wanted to score more points. He realizes that his team is going to give up more points, but he thought that they would make that up by scoring a lot. So far, they are giving up a lot of points. That was expected. The problem is the fact that they are not scoring nearly as much as they should.

Jeff Teague has proven to be a downgrade from George Hill whom they traded to get former Hawks’ point guard. Hill is having a career year in Utah, while Teague has struggled to get this offense going, move the ball and score with efficiency. Monta Ellis has also been terrible on defense, but we know that this will be the case even before the season started. What was also expected from him is to make up for that on offense. So far, he is nowhere near close to doing that.

Indiana is a team that should make the Playoffs. They are hoping for improvement this year as they were the 7th seed last season. Pacers are going to participate in the postseason, but we are not sure that they’ll see the improvement that they are looking for. 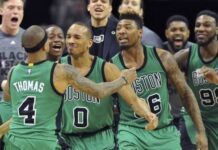 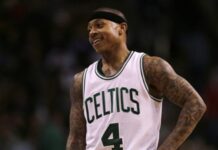