Opptrends 2022
Home Business The Rarest Items in World of Warcraft – What are they and...

Warcraft is popular all over the world. This game has been developing, becoming more popular and growing for a huge number of years. A film was even made based on her story. If you’ve never played Warcraft, you’ve definitely heard of it. Today we will talk about what interests many fans of the game – rare things that can be found in Warcraft. In order to save time, read and click here to upgrade your characters! Have fun!

The Spirit of Summer

In addition to the Mists of Pandaria, elements of various types were not added to the game, which would be used when creating items with the help of professions. However, the Spirits of Harmony came to the place of the elements. It was planned to introduce other Spirits into the game – autumn, summer, winter and spring. However, after a while, for unknown reasons, the developers abandoned this idea. Nevertheless, some players still managed to somehow get the Spirit of Summer, which is not used for anything, does not fall from anyone and is not sold anywhere, but at the same time appears at auction from somewhere.

The version of the recipe for tea from the classic WoW was issued to robbers before the release of patch 1.3. Not all classes could use tea. The drink was made with the help of Cooking and instantly replenished energy. The robber who received the recipe could sell it at auction or give it to any other character so that he also learned how to brew tea. Some enthusiastic collectors changed servers just to buy the cherished recipe, but then the developers removed it from the cookbooks of characters who were not robbers, and turned the recipe itself into a useless scroll. Some people still keep this scroll and even try to sell it at auction, but it doesn’t make much sense anymore.

This is one of the rarest recipes for engineers. It is important to note that players say that engineering is not suitable for in-game earnings at all. In the process of searching for a way to earn money, one of the players came to the conclusion that there was nothing to sell except motorcycles. This prompted him to search the auction every day in search of a recipe for a mechanical toad. Of course, then the efforts were not crowned with success. According to the player, he received the recipe a few years later. Moreover, this was due to the fact that his game world was united with other, more densely populated worlds. Now it is much easier to get such a recipe, so perhaps a mechanical toad is not the rarest thing for you.

This element of the game is the only weapon that has a natural rainbow glow. Before the Cataclysm comes out, you could knock it out of the monster. Now those who managed to knock out a Multi-colored sword are selling it at auction. Previously, many players considered such a sword useless, because it did not glow, and the glow was added only after a while by the developers. After adding such an animation, the weapon has increased in price. A multi-colored sword with a small probability fell from the basilisk in the Thorny Valley, but in the Cataclysm, the developers repainted the basilisk, lowered its level and removed the sword from the loot table. Since the item was considered useless for a long time, few people thought to keep it. Players sold and sprayed their Multi-colored swords, so now this weapon is considered one of the rarest in the game.

The Flaming Sword of Tibu

Since we’re talking about swords, let’s continue! This item was considered very rare until a certain point, namely before the release of the Warlords of Draenor supplement and garrisons with a scrap warehouse. The flaming sword of Chiba can be seen on the box with the original version of WoW, it is one of the few lightsabers! In the classic game, the sword occasionally fell from monsters of level 60 and above all over the world and was sold for hundreds of thousands of gold. Now it has become much more affordable and costs less. However, in some places you can make good money on these swords.

Frost Runes are really useful things that restore fire damage! We received it from Naxxramas. Runes not only restored the player, but were also used to make equipment with resistance to ice magic, which players wore in battle with Sapphiron. After the old Naxxramas disappeared from the game, it is no longer possible to get runes. Meanwhile, this is one of the few items for crafting with an additional effect. Despite the fact that the effect is not very useful, runes are still in demand. If you are fans of going through old raids with low-level characters or, for example, want to dress these characters in the best equipment, you will definitely appreciate the runes! And, of course, if you are a collector, then the Frost Rune is for you.

Even if you are a big fan of the game, you probably learned something new for yourself, because the article is based on the recommendations of very experienced players in World of Warcraft! Upgrade your characters, may luck always accompany you, the games will bring you pleasure! Success and great victories! 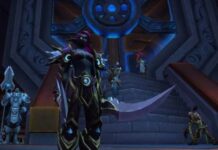 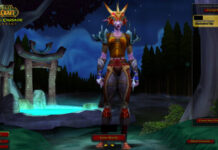 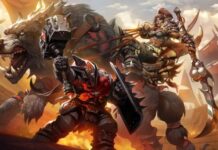