Dwayne Johnson is a great performer, and during his wrestling and acting career, he has had some great fights. He has starred in various movies from The Fast and Furious franchise to Moana, where you can discover The Rock’s other talents as well.

However, we will not talk about The Rock’s other talents. He is a muscle man – he has always been that. And his muscles are what he is famous for. Let’s check out The Rock’s greatest fights.

The Rock vs. John Cena

Dwayne Johnson and John Cena have had their battles, but the most memorable one was at the Wrestlemania in 2011, when The Rock was a host. Their match was advertised as “once in a lifetime” show, but they faced off once again a year later. Either way, at Wrestlemania 28, The Rock entered the fight as an underdog, but he managed to defeat Cena with the thing called “rock bottom.”

The Rock vs. Death 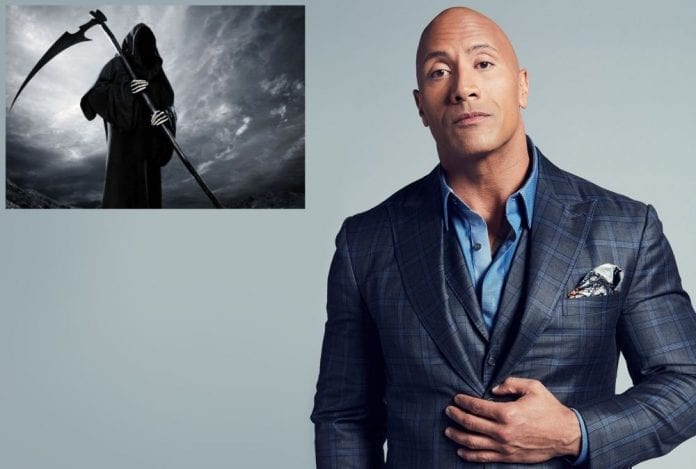 Also in 2011, the tales spread around the internet that The Rock died during a stunt for Furious 7. People talked a bunch of things, and some reported that he fell off a cliff, while the others said that he died in a car crash. However, Dwayne Johnson denied those claims on Twitter, saying that he would kick those people who started them with the dead foot to see how it feels.

Dwayne Johnson vs. Guy with the kitchen knife

It is hard to fight someone who is armed with a kitchen knife. But Johnson managed to shut down his enemy with a banana. Shoving a banana in opponents mouth when no other weapon is available is something Dwayne Johnson is capable of doing. It is a creative way to defeat your adversary, and not many people can do it. The funniest thing is when Kevin Hart shouts: “He’s got a banana.” If you haven’t seen Central Intelligence, you should do that immediately.

The Rock vs. David Hasselhoff in Baywatch

David Hasselhoff played the iconic Mitch Buchannon, and it takes some guts for The Rock to replace him in the spinoff movie. In the film, which was gravely criticized and got poor reviews, Johnson presents himself as “bigger and browner” Batman. It was fun to watch Dwayne patrolling the beach, but at one point Mitch meets Mitch, and the two of them have a great “fight.”

The Rock vs. Massive Lizard

Journey 2: The Mysterious Island is a film full of surprises, and here, Johnson fought an awesome thing – a massive lizard. We will only say this: THUNDER COOKIE!

The Rock vs. a train

Race to Witch Mountain became famous for the car scene, and a huge number of memes were created based on it. The film has a strong 90s vibe even though it was premiered in 2009 and it features a fun game of chicken with a train. Of course, The Rock wins.

Dwayne Johnson vs. shirts as a concept

DJ is more naked than not in his films. Gotta show them muscles, eh? Take Mummy Returns for instance.

The Rock vs. Thracian army

Dwayne received the role of Hercules in the fictional version of the film. Take the two strongest men who ever lived and combine them into one. Beating an army? Not a problem.

The Rock vs. Lin-Manuel Miranda lyrics

Moana was one of the best films Johnson has worked on in the recent past and once again he played a powerful character, a demigod and he was extremely charming. Our favorite Hollywood superstar had to sing, and he stepped up big time.

The Rock vs. Firefly

In G.I Joe: Retaliation, The Rock needs to catch a guy called Firefly. Eventually, the good guy wins, but only after he fired millions of inaccurate rounds and chased Firefly across the water in a hovercraft.

The Rock vs. Reaper

Doom battles are all insane, but the final showdown between Johnson and Reaper is definitely the top choice. Check it out here.

The Rock vs. an entire offensive line

The Rundown is an underrated film in which The Rock plays a bounty hunter in Brazil. This action movie has a lot of interesting scenes, but the most entertaining fight scene happens in a stateside club at the very beginning when Johnson’s character comes to collect a gambling debt.

The Rock vs. machismo

DJ dressed up as a fairy, which is definitely his most interesting role (and the cutest one). At least we know he isn’t afraid to tackle toxic masculinity.

The Rock vs. a building

Fighting a building on fire is not an easy battle to win. But in his recent film Skyscraper, Johnson does exactly that. Burning inferno and The Rock – that is something you must not miss.

Johnson vs. a torpedo

Fast and Furious has been more than cars for a long time, and since The Rock joined the cast, the franchise has grown instantly. In the Fate of the Furious, he goes one-on-one against a torpedo on “the flight.”

The Rock vs. business casual

Ballers can be considered Johnson’s most successful long-term project. “You won’t see [Johnson] with his shirt off in every scene, if at all, like you would in Hercules or G.I. Joe,” WME agent Brad Slater told Fortune. In his series, The Rock is a businessman here, and his business casual look is something we are not used to.

The Rock vs. an earthquake

San Andreas is a disaster film for which one would say: “The Rock cannot possibly fight an earthquake. An earthquake is not a thing you can fight.” But you are wrong. It is Mr. Dwayne “The Rock” Johnson we are talking about here. Or have you forgotten? Watch out for his dead foot!

Petar Mitrovic
Petar Mitrovic is a student from Serbia. He studies the English Language, Literature, and Culture at the Faculty of Philology in Belgrade. He played basketball for ten years and he was also a coach for two. He loves to play sports and listen to music.