This division has been interesting each and every year. We always have the Steelers, Bengals, and Ravens battling for the divisional crown until the very end. The fourth team is the Cleveland Browns that have had a lot of bad seasons in a row, so they really aren’t a threat right now. One of the major reasons for that is the lack of quality at the QB position that they have. Let’s rank all of the signal callers from this division.

4) BROCK OSWEILER, Cleveland Browns – Even though he had a bad season last year for the Houston Texans that caused them to trade him, he still has a chance to be a decent QB at the NFL level. He is still young, and nobody should fully give up on him after just one bad year.

3) ANDY DALTON, Cincinnati Bengals – Now, Dalton is probably just as good as Big Ben and Joe Flacco. The fact that he is third on this list speaks to the level of competition in this division. The only thing that separates the first two guys is the fact that they are the Super Bowl champions.

2) JOE FLACCO, Baltimore Ravens – Joe has been known to perform the best when the lights are the brightest. Ravens do not have the firepower that they need in order to battle with the best teams in the NFL, but with good defense and good coaching, this team will always be dangerous.

1) BEN ROETHLISBERGER, Pittsburgh Steelers – Big Ben is still that borderline Tier 1 quarterback in the NFL, maybe even the best in the AFC after Tom Brady. There is a good argument for something like that. Even though it wasn’t a far gone conclusion that he is going to be back for another year, nobody really thought that he was going to retire this offseason. Big Ben is still one of the best ever in the business. 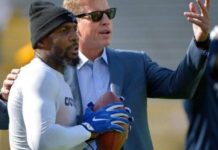 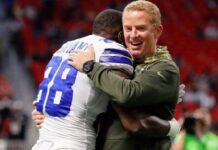 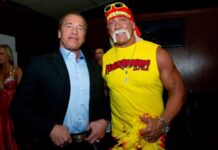 8 Celebrities Who Appeared on WWE and Loved It