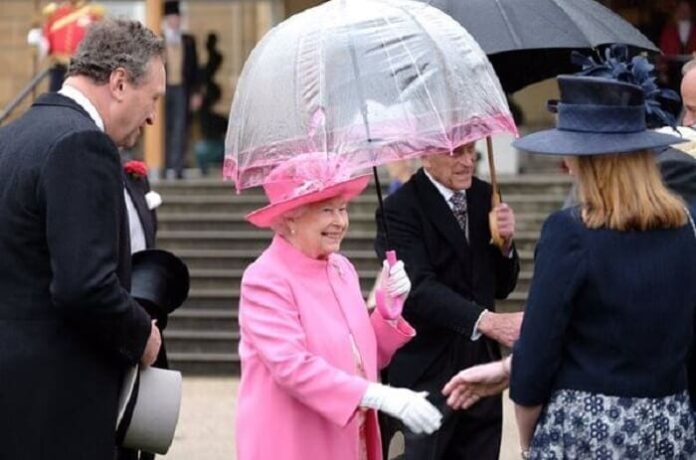 Queen Elizabeth was caught on camera saying Chinese officials were “very rude” during the first state visit of President Xi Jinping to the United Kingdom in October, last year.

Queen Elizabeth made the remarks about Chinese officials when she was speaking with Commander Lucy D’Orsi, a senior Metropolitan police officer, during a garden party at Buckingham Palace on Tuesday,

After learning that Commander D’Orsi was in-charge of the security for Pres. Xi’s state visit, Queen Elizabeth commented, “Oh, bad luck.”  The Commander told the Queen, “I’m not sure whether you knew, but it was quite a testing time for me.”

Queen Elizabeth responded, “Yes I did. They were very rude to the ambassador.” She was referring to Barbara Woodward, the first British female ambassador to China.

The Queen does not make any sensitive political or diplomatic comment in public. The Buckingham Palace rarely comments or discloses the content of her private conversations.

In a statement, a spokesman for the Buckingham, Palace said, “We do not comment on the Queen’s private conversations. However the Chinese State Visit was extremely successful and all parties worked closely to ensure it proceeded smoothly.”

Queen Elizabeth made her remarks on the same day when Prime Minister David Cameron was caught on camera telling her about the corruption in Afghanistan and Nigeria.

The Prime Minister commented that Afghanistan and Nigeria were “possibly two of the most corrupt countries in the world.”

When asked about the Queen’s comment, Lu Kang, the spokesman for the Chinese Foreign Ministry responded that Pres. Xi’s state visit paved the way to a “golden age” of relations between China and the United Kingdom.

He added that he had no knowledge that at one point Pres. Xi’s visit was being called off. He was referring to Commander D’Orsi’s comments to the Queen.

A related report from BBC indicated that China censored Queen Elizabeth’s comments from its news bulletin.

The relationship between Britain and China had been historically complicated. During the Opium War in 1860, British and French troops stole piles of plunder from China’s Summer Palace and burned it to the ground.

In 1980, Queen Elizabeth’s husband, Prince Philip, warned some British students in China that they would get “slitty eyes” if they stayed in the county very long.

Prince Charles supports Dalai Lama and the two consider themselves as “best of friends.” He did not attend two state banquets for Chinese officials, whom he described as “appalling old waxworks” in a journal leaked to the media.

Who should I entrust my Kids with? Choosing the Best Childcare

Petar Senjo - February 21, 2021 0
Talking about childcare, many parents think about entrusting their children over to a trustworthy pair of hands while recruiting caregivers for their kids or...

6 Tips and Tricks for Designing your Invoice