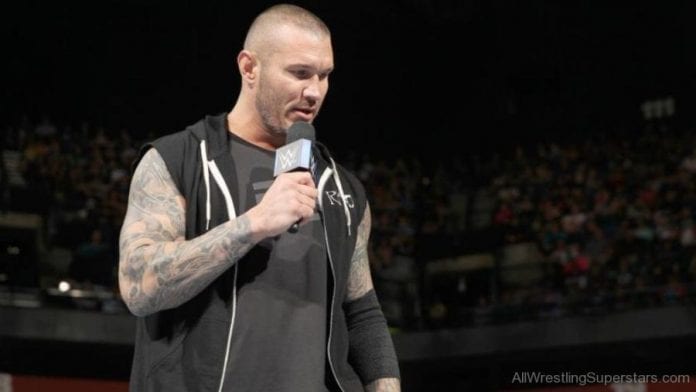 Last night on Smackdown Live we found out that Randy Orton will challenge Jinder Mahal for the WWE Championship yet again at the Battleground pay per view, the next SD Live branded PPV event. Randy Orton went to the ring and didn’t want to leave until he gets Jinder Mahal handed to him. WWE Champion disrespected his family in Sent Louis, so The Viper wanted his payback. But, instead of him, Shane McMahon walked down that ramp.

When Orton was just about to explode and go backstage in order to kick everybody’s behind, Shane McMahon was there to announce that The Apex Predator is going to get what he wanted. WWE Championship match was set for the Battleground pay per view. The thing that is going to be different with this battle is the fact that Jinder Mahal is the one that decides what kind of stipulation this match will have.

Even though Orton stated that he really doesn’t care about that as long as he gets what he wants, Jinder Mahal came out and said that he will pick the Punjabi Prison stipulation. Orton did look a bit surprised as we are going to see the return of this structure after not seeing it for over 10 years.

This match was first used back in the days of the Great Khali. He was a dominant foreigner that nobody could stop. Khali received a monster heel push around ten years ago, and one of his signature matches is the Punjabi Prison match. Now, with another WWE Superstar that is billed to be from India, this event will make its grand return at Battleground.