Opptrends 2021
Home Gaming What Are the Most Popular Games Played Today? 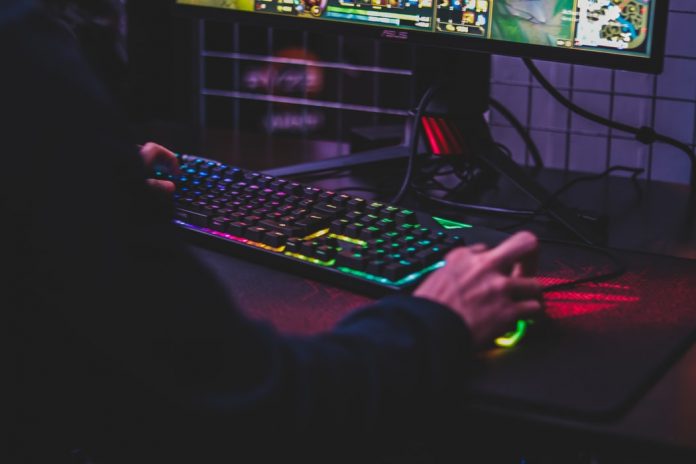 Games are a great way to blow off some steam, get immersed in an interactive story, and have some fun. They let us channel our competitive side, either trying to beat our own records or claim victory over a fellow player.

Today, around half of the US population plays games in some form, while globally the number is about one-third. This has grown substantially in recent years as more and more people have taken up playing video games on their computers, smartphones, tablets, and consoles.

The options available to modern gamers is almost endless, with millions of modern titles available to download for free, along with back catalogues of retro titles that have been preserved by hobbyists.

Some are more popular than others though, usually thanks to a combination of ease of access, fun gameplay, and continual updates from the developers. Once they reach a level of “critical mass”, these games become infinitely more popular as people pile in to avoid missing out on the fun that their friends and social media contacts are having.

Here are some of the most popular games currently played today.

While there are hundreds of games you can play with a standard 52-card deck, poker is one of the most popular options. Poker is much more varied and dynamic than some others as it requires players to do more than just make a good hand from their cards. A successful player will calculate the probabilities of their opponents having a better hand and read their body language to assess what their next move should be.

Poker is also a game where you can win even if you don’t have a good hand. With enough skill, a talented player can “bluff”, suggesting to their opponents that they have a much better hand than they actually do.

While it was traditionally a game that was played in person, today poker is also enjoyed by millions of people online. Online poker rooms like PokerStars provide their customers with the ability to sit at a virtual table and play variants like Texas hold’em and razz, either from a computer or a smartphone. This has opened the game up to millions more players around the world and helped to spark much more interest in the game.

Fortnite Battle Royale was released in mid-2017 after Epic Games saw the huge popularity of PUBG. It has a very similar premise, 100 players enter a map and must scavenge for resources and attempt to survive. The map continues to shrink until there is only one player left.

Unlike other versions of the game, Fortnite Save the World, it’s available for free, though players have the option to purchase a “Battle Pass” that grants access to new in-game items and features.

Fortnite stands out against other battle royale games with its cartoon-esque graphics, third-person view, being the pioneer of the custom dance moves. This popularity has also helped to spawn a huge market for branded Fornite merchandise, with everything from T-shirts to figurines available for purchase.

Minecraft is the best selling video game of all time. Shifting more copies than any other title in history, including many of the behemoths discussed here. Like Fortnite, Minecraft uses relatively simple graphics, proving that ultra-realistic visuals aren’t required for a game to be popular.

Instead, the game’s developer, Mojang, has focused on giving players complete creative control within the game, allowing them to design and build just about anything they want. There’s even a Minecraft programing language that allows them to create complex objects that respond to certain actions like pressing a button or pulling a lever.

Microsoft Solitaire is another card game that is played by millions of people every day. Originally included in Windows 3.0 as a tool for teaching new computer users how to use a mouse, the game has shipped with every version of Microsoft’s flagship operating system since (except Windows 8). It’s also been released for iOS and Android as Solitaire Collection.

The premise is simple, you just have to move all of the cards from the lower columns and the deck into the “Foundations” (the four piles at the top of the game window). While this sounds simple, it can be very tricky as you can only move the cards into the Foundation in order.

Despite the game being more than 30 years old, Microsoft Solitaire attracts tens of millions of players each month, thanks in part its familiarity, short game length, and simple rules.

Candy Crush Saga is a free-to-play puzzle game that’s available on smartphones, tablets, and computers. After its release in 2012, it became one of the first games to use a “freemium” model that allows the player to use the game for free buy with the option to to buy extra lives and other in-game items.

Its success opened the door for other free-to-play games like Fortnite, Dota 2, and Pokémon GO.

The rules to Candy Crush Saga are simple, you’ll see a grid full of different coloured candies, each occupying a single square. You must match three or more of the same coloured items that are adjacent to each other by swapping two of the pieces on the screen.

As time progresses, the difficulty of clearing the board becomes more difficult, requiring you to think strategically about which candies you clear first.

Mario Kart is one of the most successful video game franchises in history, with versions available on just about every Nintendo console ever made.

Using the characters from the Mario universe, players race around Mario-themed circuits, collecting powerups from mystery boxes as they go. These powerups can help them attack other players or defend against attacks from them.

Much of the game’s success is owed to this powerup system as it helps to create a more level playing field among experienced and novice players. Those at the front of the race receive less valuable powerups than those near the back, helping those that are struggling to catch up.

Three versions of the game, including Mario Kart 8, are included in the top 50 best-selling video games of all time. However, if you combine the sales from each individual title in the franchise, it will easily eclipse almost every other game.

Richard Orland - May 18, 2021 0
The health and wellness industry are booming with so many new ideas, trends, and influencers all offering up their version of the best thing...