Another day, another retailer reports bad earnings.  This time Best Buy Co., Inc. (NYSE:BBY) fell victim to a shortened and miserable holiday shopping season for retailers.  To be fair, Best Buy certainly is in a much better position than it was even a year ago when its future looked quite uncertain, however, after a poor earnings report and two downgrades, the stock is down almost 29% for the day.

Analysts were looking for earnings per share of $.12 on revenue of $9.36 billion.  Best Buy reported earnings per share of $.16 on revenue of $9.36 billion.  Last year, the big box retailer earned $9.38 billion in revenue.  As you can see, the retailer did beat analysts on earnings per share and met revenue expectations, but if you dig deeper into the report, there is more bad news.  Same store sales fell 0.8% and operating margins were squeezed 175 to 185 basis points, both factors Wall Street had no suspected.  The only big takeaway that Best Buy bulls could fester is a 23.5% rise in internet sales.  However, some analysts say that the company took a hit on its “free shipping on orders over $25”.

Best Buy CEO, Hubert Joly cited the overall decline in consumer electronics as a big factor, in addition to the intense discounting blitz by the retail industry in an effort to make up lost time from a late Thanksgiving.  Joly was quick to say the overall turnaround in Best Buy was still intact and that this earnings report was merely a “speed bump”.

Wall Street did not share Mr. Joly’s optimism as Oppenheimer downgraded the stock from a “buy” to “market perform”.  Analysts at Oppenheimer Holdings Inc. (USA) (NYAE:OPY) additionally downgraded their target price from $50 to $30.  Analysts at UBS AG (US listing) (NYSE:UBS) also took to the airwaves to downgrade the stock from a “buy” to a “neutral” rating.

While analyst downgrades certainly have merit, it is usually useless in helping prevent losses, as analysts usually issue alerts after the moves have happened.  SmartStops.net, a service dedicated to helping investors limit losses and protect profits, alerted investors back in November, 2013 of potential for downtrend with the first alert in the series triggering at $39.59.   Over 6 alerts on the aggressive side have triggered including one this morning, having saved investors over $14 a share!

Rocco Pendola of TheStreet.com, has been covering the overall declines in big box retailers, most notably Sears Holdings Corp (NASDAQ:SHLD) and J.C. Penney Company, Inc. (NYSE:JCP), was quick to add Best Buy to the list.  Additionally adding that CEO Joly was out of touch with the industry by adding “He’s just another guy with a business degree, mired in retail’s culture of obviousness”.  Stepping back, there is no denying that Wall Street has turned sour on Best Buy. 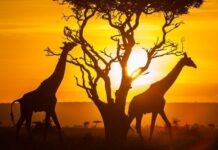 Why You Should Spend Your Holiday in Wonderful Kenya 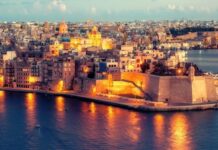 All you need to know about buying property in Malta 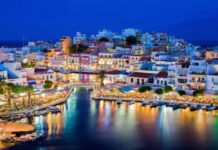 Best islands in Greece – Places you have to visit