Instagram is a social media platform that grew so big in the past couple of years that almost every single important person on this planet has a “blooming” profile on it already. Fitness trainers, fashion models, clothing brands, musicians and even politicians are spending a lot of time on this application. That’s exactly what we’re going to talk about today, so if you are eager to learn more, feel free to continue reading until the end. Here’s what you need to know.

Narendra Modi is the Prime Minister of India, and he seems to be one of the most followed Instagram politicians in the world. The number of Instagram followers on his account is 29,8 million, but globally he has about fifty million followers across all social media networks. He is active on Twitter, Facebook and Instagram. To be more precise, his twitter follower number is 48 million, his Facebook page likes are forty four million, and his Instagram profile has closely thirty million followers. Although you might think that this is far more than fifty million followers, which is something we mentioned earlier, please note that most of these people are the same ones, just following him on a different social media platform, which means that most of these are not unique followers and they are overlapping.

The current president of the United States has the most followed person across all social media, but when we focus on Instagram alone, he loses the battle against Narendra Modi. Trump has thirteen million followers on Instagram, but twenty-four millions on Facebook, and sixty one million on Twitter, which is pretty much the most out of any other politician.

Pope Francis has an Instagram profile that is currently followed by just six million people, and he doesn’t have an official Facebook page that represents him. However, don’t think that he is not influential on social media, because after looking at his twitter account you will think otherwise. Pope Francis is followed by almost fifty million people on twitter, which is a number that evens the overall follows between him and Narendra Modi. Feel free to visit Cheapigfollowers if you are interested in learning more.

The current president of republic of Turkey, Recep Tayyip Erdogan is quite active on social media, and has about thirteen million followers across all platforms. His Instagram has only five million followers, but his Facebook page has ten and his Twitter account has about thirteen, which is quite enough for a politician. He still falls in the category of top 10 world leaders with most Instagram followers.

Last but not least, the Indonesian president Joko Widodo is also one of the most-followed people on Instagram, with an amazing number of twenty-one million followers on his profile. On twitter, he has about eleven million and his Facebook page is quite active as well with almost ten million followers. He is in the category of top fifty most-followed world-leaders, and he takes the second place which is quite impressive. 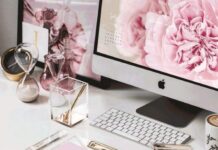 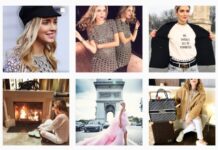 Reasons Why Instagram Is Successful For Fashion Sites To Gain Traffic 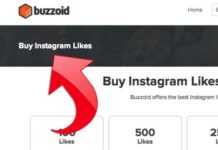 Buzzoid Review | What you must know!