The shares of Nintendo (TYO: 7974) have been soaring since the launching of Pokémon Go. On Tuesday, the stock price of the Japanese game console and software developer climbed again by more than 14% to ¥31,770 per share in Tokyo.

It is clear that the success of Pokémon Go is the driving force behind the continuing upward movement of Nintendo’s stock. In fact, the company’s market value more than doubled to ¥4.5 Trillion since the launching of the augmented-reality mobile game in the United States on July 6.

The Pokémon Company, which is one-third owned by Nintendo, together with Niantic Labs developed Pokémon Go, which is now the most popular and the biggest mobile game in the history of the United States. The mobile game has around 21 million daily active users, according to the recent data from Survey Monkey. 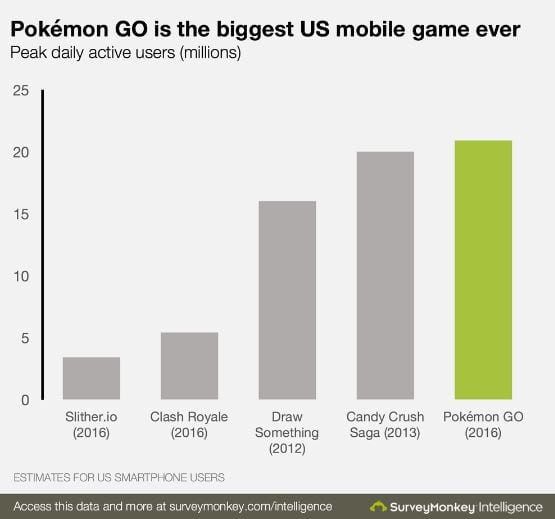 Data from Sensor Tower, a app analytics and marketplace intelligence firm, showed that an average iPhone user spends more time playing Pokémon Go than using other mobile apps such as Facebook (NASDAQ:FB), Snapchat, and Twitter (NYSE:TWTR) as of July 11. 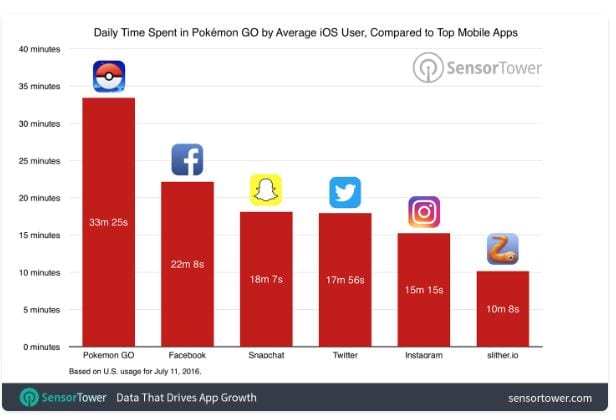 Market observers believe that the extraordinary success of Pokémon Go, which is now available in 35 countries triggered investors to be bullish and acquire Nintendo shares. Niantic Lab CEO John Hanke aims to release the mobile game in 200 countries soon.

Takashi Oba, senior strategist at Okasan Securities told Reuters, “I’ve never seen the trend of such a big company’s shares changing so quickly in such a short period of time.”

Reuters noted that the turnover of Nintendo shares reached ¥703.6 billion, surpassing the record for trading turnover of 476 billion Yen in individual shares recorded on Friday.  The trading of the company’s shares accounted approximately one-fourth of the entire trading on the Tokyo Stock Exchange’s main board.

Nintendo could take advantage on its popular characters

Many believed that the success of Pokémon Go increased hopes for Nintendo to be able to maneuver the company towards growth by taking advantage of its popular characters from Zelda to Super Mario to develop mobile games and strengthen its entry in the augmented-reality.

A fund manager at a Japanese asset management firm who requested anonymity told Reuters, “Virtual reality and augmented reality have been a focus of the market but hardly anyone was expecting Nintendo in this area. Suddenly Nintendo has become an AR-related stock.”

The fund manage also commented that Nintendo’s huge gains are reasonable because of the possibility that the company’s bottom line will improve. According to him, “Under my rough estimate, the sales from Pokémon GO and upcoming related gadgets will boost net profits by ¥50 billion. Based on that assumption, Nintendo is traded at 30 times profits, which is not unreasonable.”