If you have watched that AJ Styles vs. Brock Lesnar match at the Survivor Series, you are probably high on Brock right now, and want to see these two guys have a rematch. If you are a fan of the Beast Incarnate, you will likely have to wait until the calendar turns to 2018 as he is probably not going to appear anymore on WWE TV in 2017.

There is only one more Raw branded pay per view event left this year, and the main event of that show is likely going to be a battle to determine who is going to face Lesnar at the Royal Rumble. The original plans were for Finn Balor to challenge The Beast Incarnate. If you watched Raw this week or the Survivor Series, you probably realized that WWE is not going to put Balor in that spot.

He really wasn’t put in the Survivor Series match to shine. Balor had a nice moment with Nakamura at the pay per view, but that was about it. Then, we have seen him lose clean to Samoa Joe during Raw. If he were to be the next challenger for Lesnar, this guy would be heavily protected until the Royal Rumble day comes.

As far as why Balor is not going to challenge Lesnar like it was planned, the general belief is that Vince McMahon doesn’t think that Balor is as over as he should be before going up against Lesnar. This probably means that the CEO doesn’t think that many people would be interested in seeing The Demon battling the Beast.

As far as who is going to face Lesnar at the Rumble, there are still ongoing talks about who that might be. Right now, it seems that the two favorites are Samoa Joe and Braun Strowman as they are the two most legit options for that match. Maybe WWE does a triple-threat since we have already seen Lesnar vs. Strowman and Lesnar vs. Joe. 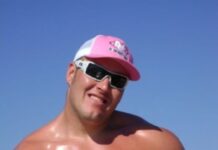