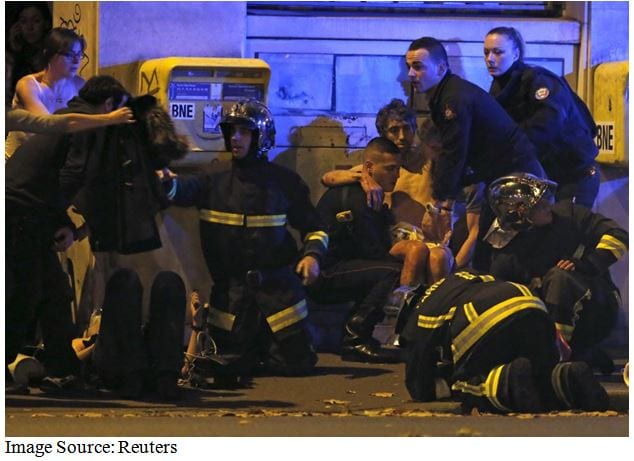 The Islamic State of Iraq and Syria (ISIS) claimed responsibility for the series of horrific attacks in Paris.  The terrorist group said it sent militants with machine guns and strapped with bombs to carryout multiple attacks in the capital of France.

In a statement, ISIS said the attacks were intended as a warning to France regarding its current military policy.

“To teach France, and all nations following its path, that they will remain at the top of Islamic State’s list of targets, and that the smell of death won’t leave their noses as long as they partake in their crusader campaign,” according to ISIS.

The terrorist group attacked six locations in Paris including a concert hall, a stadium, restaurants, and cafes where 129 people were killed, 99 individuals still in critical condition, and 352 others injured, according to Paris prosecutor Francois Molins.

Earlier on Saturday, ISIS redistributed its video threatening to carry out an attack on France if it will continue to bomb its fighters. The video was first released by the terrorist group last year on the internet.

One of the militants in the video identified as Abu Maryam the Frenchman said, “As long as you keep bombing, you will not live in peace. You will even fear traveling to the market.”

The video also showed militants, who appeared to be French citizens holding weapons and burning passports. Abu Maryam told the militants, “Indeed you have been ordered to fight the infidel wherever you find him – what are you waiting for? Know that jihad in this time is obligatory on all.”

“There are weapons and cars available and targets ready to be hit. Even poison is available, so poison the water and food of at least one of the enemies of Allah,” said another terrorist identified as Abu Salman the Frenchman.

Abu Salman added, “Terrorize them and do not allow them to sleep due to fear and horror.”

French President Francois Hollande described the Paris attacks as “act of war” and “act of absolute barbarism.” He promised to take appropriate actions against the terrorists.

“Faced with war, the country must take appropriate decisions. An act committed by a terrorist army, DAESH [ISIS], against what we are, a free country that speaks together with the planet,’” said Pres. Hollande.

The French President also stated, “An act of war prepared, planned, from outside, with outside complicity, which an investigation will establish. An act of absolute barbarism. In this painful period, so serious, so decisive for our country, I appeal for unity, for togetherness, for cool-headedness.”

Pres. Hollande emphasized, “France will be merciless towards these barbarians from Daesh [ISIS].”

Yesterday, Pres. Hollande declared a state of emergence and all borders in France are closed.  He also emphasized that France knows how to defend itself and knows how to mobilize its forces and overcome terrorists.

Pres. Hollande also declared three days of national morning. The French flag was flying at a half-mast at the Elysee palace and all public buildings in Paris were closed indefinitely starting Saturday.

The French government heightened its security and deployed additional 1,500 troops in the Paris region. More than 30,000 police were also deployed to the borders.

Everything you should know about Laguiole Knife before you buy it