Opptrends 2022
Home Gaming Overwatch 2: Death of the Original or Just a Sequel?

After years of dominating the MMORPG with the ever-iconic World of Warcraft, Blizzard decided to release Overwatch. It is a project in which this game maker invested millions of dollars just to bring it to the point of perfection. Quite surprisingly, it was a completely different title from their greatest hit— WoW.

Blizzard released Overwatch on May 24th, 2016. It was an online first-person shooter, although many people begged to differ. Although it is a first-person shooter, this game made things spicier with the use of unique skills and flashy graphics. Regular shooter fans responded quite harshly to that — calling it a failed attempt at revolutionizing this genre. But this didn’t stop the company with a horde of genius developers. Soon enough, they would see the first results of their hard work.

In 2017, Activision and Blizzard announced that OW has officially earned over $1 billion for the company. And this didn’t come as a surprise for anyone. At one point, people even started to bet on the Overwatch League. Betting on gaming tournaments became a regular thing. Therefore, many websites, such as casinosnow.com, will let you know just how popular a specific game is.

Fast forward to 2019, and the project is still going strong. Obviously, it’s not as popular as it was during its peak, but the community of people who play the game is still huge. After all, Blizzard keeps adding new characters and their lore — not to mention all the entertaining game modes. Additionally, this might be the first A-list game to publicly support the LGBTQ community and bring in openly gay characters into the story. In fact, the game’s mascot, Tracer, is a gay character. There’s also Soldier 76 who lost his partner in a war against the omnics (robots who tried to conquer the Universe).

Additionally, there are supporting characters who heal the team, such as Mercy the doctor. There are snipers, who as usual, require a higher level of skill but are deadly to the opposing team. So no matter how you put it, Blizzard truly crafted an original game. It attracted nearly everyone to buy it and check it out.

And at the beginning of 2019, rumors started to appear —are they planning to release Overwatch 2?

The truth is, nobody knows anything about the sequel just yet. What we do know is that there are some hints how Blizzard Activision decided to give up on Starcraft the shooter. Instead, the company will focus on Diablo 4 and Overwatch 2. Moreover, And, for all we know, it could be named differently. Everyone simply calls it like this due to no information on its original name.

What we do know, though, is that Blizzard is fully aware of the immense success of their first MOBA, and it definitely plans to further profit on it. Additionally, there is official information that they will release one new title by the end of 2019; we just don’t know which one.

Will It Be Released This Year?

Unfortunately, there is no way to support or deny this claim — it is too soon for the estimates just yet. If we look into the past, Blizzard likes to take time with their projects. After all, the Beta phase of Overwatch started in 2015 and it was introduced at BlizzCon a year before that one, so be ready to wait for qutie a long time for the sequel. I’m sure everybody hates waiting, but we all know from experience that this company always delivers with a fantastic product in the end.

How Will the Game Look?

This is yet another question to which nobody can answer for certain. But there is a high chance that it will be a PVE and not PVP, as we might have gotten used to. Apparently, developers are comparing this new game to Left 4 Dead. This can mean only one thing — the new game will have a strong storyline.

At this point, it could be anything. For example, you might be able to choose Tracer and follow her entire life-story. Tracer somehow gained the ability to walk through time, but eventually began to glitch and disappear in different dimensions and eras. Eventually, Winston, the highly intelligent gorilla, created a device that Tracer uses to control time. With OW 2.0, a player just might be able to walk through this entire adventure playing Tracer herself.

Unfortunately, this is all speculation, but one thing is for sure — Blizzard will not disappoint us with this game. For now, nobody is even sure if the game is a spinoff or a sequel of the original. Additionally, there is nobody who can tell you if this means the abandonment of the original game or if Blizzard will keep both universes alive.

When Will It Come Out?

Firstly, we don’t even know the name of the game yet. Secondly, it probably won’t be coming out any time soon. The nearest you can expect to hear anything about this project is Blizzcon, which will open its doors 1–3 November. On Blizzcon, both Blizzard and loyal fans celebrate all the products and achievements. Considering how Overwatch is probably the trophy kid of the family, there will definitely be some news about its sequel. 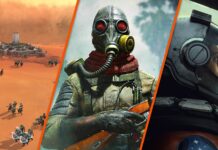 Top 10 Upcoming Games for This Year 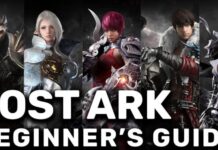