Created by Paul Feig, “Other Space” is a sci-fi sitcom which revolves around a team of young astronauts who have no previous experience, yet they are supposed to solve various mysteries of the universe which have never been explored. The series debuted on Yahoo! Screened in April 2015. It stars Karan Soni, Bess Rous, Eugene Cordero and Milana Vauntrub in the leading roles.

According to Metacritic, the series received “generally favorable reviews,” as it holds a score of 66 out of 100. On Rotten Tomatoes, it has an average rating of 6.3 out of 10. Audience and critics found the adventurous journey of the crew worth following, so after the Season 1 release, it seemed as if the series would become highly popular and that it would be renewed for the next season soon enough.

As previously mentioned, “Other Space” follows a brave team of astronauts who take part in an experiment. However, something goes wrong along the way, and they end up in a parallel universe. That’s when their adventurous journey begins. They are forced to learn and obey new rules and laws. They also need to protect themselves from random alien attacks. Finally, they need to learn how to cooperate with each other to find a way to survive in the new surroundings.

Whether you have already watched the series or not, we guess you’ll agree when we say that the idea is rather unusual and that we could use a series like this nowadays, when so many TV shows resemble each other and focus on more or less similar topics. However, in spite of our wishes and the fact that the first season was well-received, “Other Space” will not be renewed for Season 2. Unfortunately, it has been confirmed that they decided to cancel the series. Yahoo Chief Financial Officer Ken Goldman claims the main reason for such decision is money. 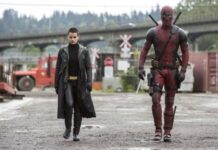