Orange is the New Black fans rejoice! There was a release of a new trailer for the Orange is the New Black Season 5, and you have to see it! After a heart-pounding ending of the season 4 that left one of the characters dead and the entire complex of Litchfield Penitentiary on the brink of civil war fans are hungry for more. Those who follow the work of Jenji Kohan production are eagerly waiting for the season five, no doubt about it.

Fans have been left to wait after a huge cliffhanger at the end of the previous season, and that can mean only one thing – the sequel is going to be packed with tension and emotions. Piper Chapman (played by Taylor Schilling) and the rest of the company will most likely have a cold wake-up call that is in store for them. At least according to the latest trailer.

Longtime fans of the series will finally see what happens next to Piper on her sentence in the upstate New York according to the video we left for you above. Pay special attention to many supporting characters and factions in prison since they play a huge role in the show. If Kohan worked on them, we recommend you pay special attention because he did it for a reason.

Prepare yourselves for another new trend since the inmates of Litchfield will have the power that you haven’t been accustomed to before as we could see that from the trailer. Litchfield Penitentiary lost control, and now the inmates have complete command over the institution. That means that we have a whole new penal colony on our hands in season five.

In the beginning, this show was a usual representation of the real life story of former inmate Piper Kerman. The story was based on memoirs that bear the same name which was published in 2010. Shortly after the first air, Orange is the New Black became popular since it showed the clash of numerous ethnicities and cultures. The show depicted life in a women’s ward with such integrity and detail that fans all around the world now eagerly wait for the season five hungry to see where the story will lead them.

Season five will start on Netflix on June 9, 2017. Until then, stay tuned for new updates! 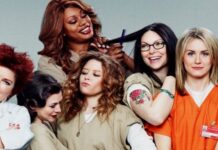 Will there be Orange is the New Black Season 6? 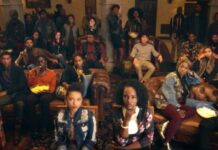 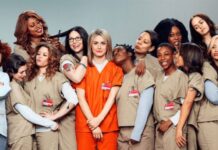