Cleveland Cavaliers have just added former All-Star and Hawks’ marksmen Kyle Korver. It’s a nice move that gives them another option when it comes to spacing the floor and giving LeBron James and Kyrie Irving more room to operate. However, it seems that Cleveland Cavaliers are not done wheeling and dealing.

LeBron James, the leader of this championship Cavalier squad, is on the record that this team needs to add another playmaker to back up Kyrie Irving. He also stated that this is the last time he is informing the team about their point guard needs.

The NBA is full of good and decent point guards that could get the job done for the Cavaliers. They just need to find a good deal. Guys like DJ Augustin would be perfect for this squad, but we are not sure that the Orlando Magic are willing to part ways with their player.

There are some reports that Cavaliers are after Bulls’ recently benched point guard Rajon Rondo. Even though he is still a decent player, he has an extensive history with LeBron James, just like he has it with Dwyane Wade so that relationship might not be the best.

After all, the Cavs are looking for a shooter. Rajon Rondo is not one of those guys that are the best at putting the ball in the hole from range. Mario Chalmers, on the other hand, is known for doing just that. He has also been linked with the Cavs and possibility of his transfer. Another guy that is trying to make an NBA comeback is Nate Robinson.

Cavaliers do have some options and the time to make a decision. Still, they need to do this as soon as possible as they don’t want their best player unhappy. 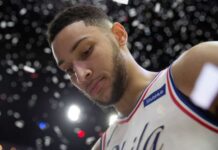 Ben Simmons – From an Outstanding College Career to NBA 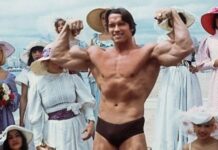