Opptrends 2022
Home Gaming What Are Online Gaming Cheats and Tricks

Ever since video games have been invented, people have been trying to cheat in them. The creation of online multiplayer games has only made matters worse. At least in single-player mode, you only cheat the AI. In online gaming, the victims are other players. Some of the most popular free games are often the targets of cheaters, ruining the experience for other people that play them. It is no wonder then that developers take issue with cheating and take every step possible to prevent it and punish players who engage in such behavior. Those steps aren’t always 100% effective, unfortunately. Every now and then, a smart cheater will find their way through them. Should you need to find legitimate cheats and relatable gaming information then please visit GameMite website.

The complexity of modern online games has made it easier for people to cheat. There are several ways to do it, as we will explain below, but most of them have one thing in common. It is usually done by inserting a piece of software in a game, which is surprisingly difficult to discover. Considering that games usually contain gigabytes of content, detecting a few kilobytes of code can be very tricky. Specialized anti-cheat programs have kept cheating at an acceptable level, but some would argue that the only number acceptable is zero. While we can certainly understand and appreciate the sentiment, it is hardly achievable. There will always be unsavory people with skills and plenty of time on their hands to dedicate to creating new ways of cheating, even if they don’t benefit from it. Anti-cheat programs can’t prevent all of them, at least not right away. Add in the fact that they often ban innocent players and it is easy to see why they aren’t popular among players.

From its inception, iGaming has had a reputation for cheating their players. While it is true that there are some unsavory characters out there, they don’t usually last long and are quickly busted. Cheating far often goes in the opposite direction. There are plenty of ways people try to cheat online casinos in almost every game they play. Online slot machines tricks and cheats are perhaps the most common way people try to swindle online casinos, even though they rarely, if ever, works. Not to mention that they are illegal and can get you in a lot of trouble. Authorities frown on such behavior and will react accordingly, so we don’t recommend you test them.

Bots are a very popular way to cheat in online games. They are standalone programs that can be instructed to perform various tasks, usually faster and with better accuracy than humans. Bots can be as simple as keyloggers, allowing you to perform complex sequences with just one click, or fully developed characters that can perform even the most demanding actions in a game. One of the best-known examples is a bot, designed by a Chinese student, that robbed people in Lineage II.  They are also used for mundane and boring tasks, like grinding to the next level. A bot won’t get tired or give up in the middle of a task and that makes them perfect for such operations. That is why they shine in MMORPG games. More nefarious uses of bots include assistance with targeting in FPS games, called aimbots. Getting headshots with every bullet sounds nice, but it is easily detected and will get you banned. 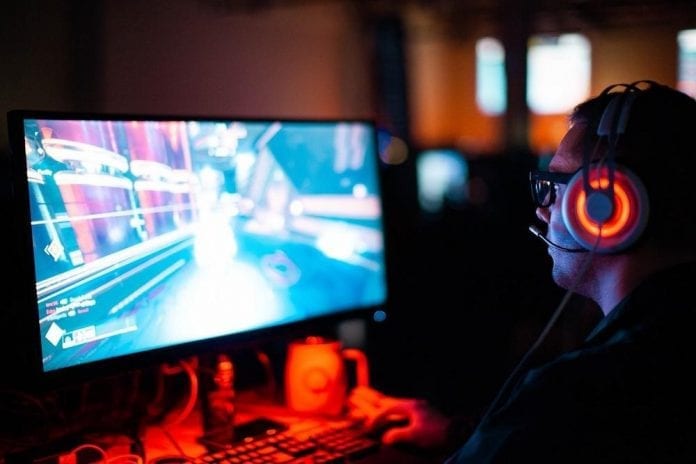 Cheating Through the User Interface

Often, games User Interface (UI) allows cheaters to abuse it by creating programs that can manipulate it. One of the most common ways is when you need to click several buttons in quick succession. A simple script can do that for you, giving you the advantage over human opponents, who just can’t move the mouse that quickly. With similar scripts, you don’t even have to use a mouse cursor, as it will automatically simulate it on certain screen coordinates. Similar macros can be written to perform grinding, something all players abhor but are forced to do it in order to advance their in-game character.

This is a far more serious way to cheat in online gaming and fortunately, not many cheaters have the skill to perform it. It is difficult to discover and extremely efficient. By manipulating data that moves between client and server, there is almost no limit to what a well-executed proxy cheat can achieve. For instance, you can completely remove the fog of war from your screen or make your character invisible to other players. The trick is to make it imperceptible, so no one notices the cheat. At worst, other players should attribute it to their bad luck or simply a freak occurrence within the game’s mechanic. As with most things, cheaters are usually caught when they overdo it. After all, killing 10 players in a row without even one of them noticing you can be a tad suspicious and will lead to the complaint and eventual discovery. One solution for this is encryption, but that cost CPU cycles and will affect the game speed, so a compromise that will eliminate 90% of cheaters is deemed acceptable. Unfortunately, that leaves 10% of them to ruin the game for others.

No, the good news is that fair play isn’t dead. In fact, it is surprisingly alive and well. A vast majority of players don’t condone cheating and simply want to enjoy their favorite games without worrying about aimbots and other cheats. While that is not always possible, in most cases it is. The development of anti-cheating software has gone a long way into eliminating this kind of behavior. From time to time, it would seem that it is more trouble than it is worth but just imagine the alternatives. Since cheating will never be eliminated from online gaming, we just have to learn how to live with measures that prevent it. The other option is not to play games at all and most of us are simply not prepared for that.

Ripple in Gaming and iGaming Industries

5 Ways to Organize a Virtual Bingo Night With Friends