When it comes to connecting with other singles via the medium of your laptop or smart device, certain aspects of this activity are fairly constant. There are websites to suit niche tastes, various rules or etiquette which never change that much, and you always have the option to swiftly move on whenever there’s a chemistry deficiency. On the other hand, there are other aspects online dating which constantly evolve. So when it comes to using online dating service in 2019, what are some of the trends you should be aware of?

One obvious dating trend for 2019 is Twitter and Facebook have been shedding users. Instagram, however, is on the rise. Its strongly visual appeal is ideal for serious online flirting followed up by a bit of discreet direct messaging.

Playing hard to get

Many commentators have noted a rising trend this year, that people appear to be getting more standoffish on singles websites. Where site users had got used to prospective partners responding to their advances relatively quickly, now there is a tendency to play things cooler. Perhaps this is a reaction to how popular some sites have become, with newbies launching into the fray, inspired by the enthusiasm and expecting instant results. The more seasoned players are growing tired of the constant flippant attention, and are now filtering out these nuisances by adopting a much more sophisticated and aloof stance.

It’s one thing to make contact with someone whose profile has caught your eye by tap-tapping enthusiastic messages. But with the availability of technology such as Skype, FaceTime, Viber, and many similar platforms, the contact can now be much more intimate. This allows daters to get so much more familiar as they are finding out about one another. A subject’s body language and nuanced tone of voice can be much easier to interpret correctly than what they write down.

This allows for a rapport to develop much more readily, and the attraction can be much more instant. Video dating is particularly useful where you are communicating with a partner who is separated by considerable geographic distance, bringing them right into your living room. Or bedroom.

One important aspect of online dating is that it’s seen as an introductory platform, an arena where strangers can get-together, bond over their physical attraction and shared interests, then build a sense of chemistry. The ultimate aim remains meeting up in a social setting for an actual date.

When it comes to opting for a location, there would once have been a tendency to consider the usual suspects – restaurants, bars, a trip to the cinema. But what has increasingly been happening in 2018 is new partners thinking outside the box. The new trend is to dream up unusual and quirky scenarios rather than the obvious ones. What does this entail? The only limits are the imaginations of the parties involved, so this could be anything from hot air balloon rides to snowboarding lessons.

Trends or annoying practices: from stashing to submarining

Severаl ‘trends’ emerged in 2019 which fitted the social media fixation for creating catchy labels. These buzzwords included ‘cushioning’ (keeping several partners in tow in case the main relationship fails), ‘breadcrumbing’ (giving a suitor the impression you’re interested by throwing occasional scraps of goodwill), ‘stashing’ (hiding a relationship from friends and family, thus keeping your options open), and ‘submarining’ – a partner who seemingly disappears from the radar for a while, only to emerge sometime later, full of beaming smiles and ready to resume as if nothing has happened.

This trend for inventing trends is showing no sign of abating! 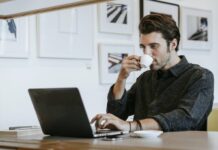 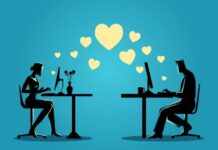 All About Match Dating Sites 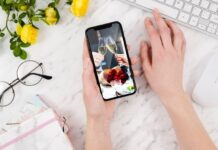