Innovation is at its peak as the first-ever fully voice-controlled smart home of the Middle East graces the plush locality of Juffair in Bahrain. The future is here. After the robotic floor mob, laundry ironing machine, voice compliant gadgets, and driverless cars, now a voice-controlled smart home has become the new sensation that is here to take modern lifestyle to a different level altogether. And the man behind all this is a fashion model and technology enthusiast and entrepreneur, Omar Al Mohammed.

The features of this apartment include voice-activated curtains that spread out and close on voice command, a Wi-Fi screen on the refrigerator – that gives you a peek inside the fridge without even opening it, follows your command to mirror the TV screen, reads your emails and even helps you to surf the internet, a Wi-Fi enabled oven, a sensor-angled hood, a voice-controlled washing machine, a smart air-conditioner, and smart clocks – all of which can all be controlled through a smartphone. Valued totally at BD 145,000, the first of its kind technologically upgraded apartment took a year to be built. 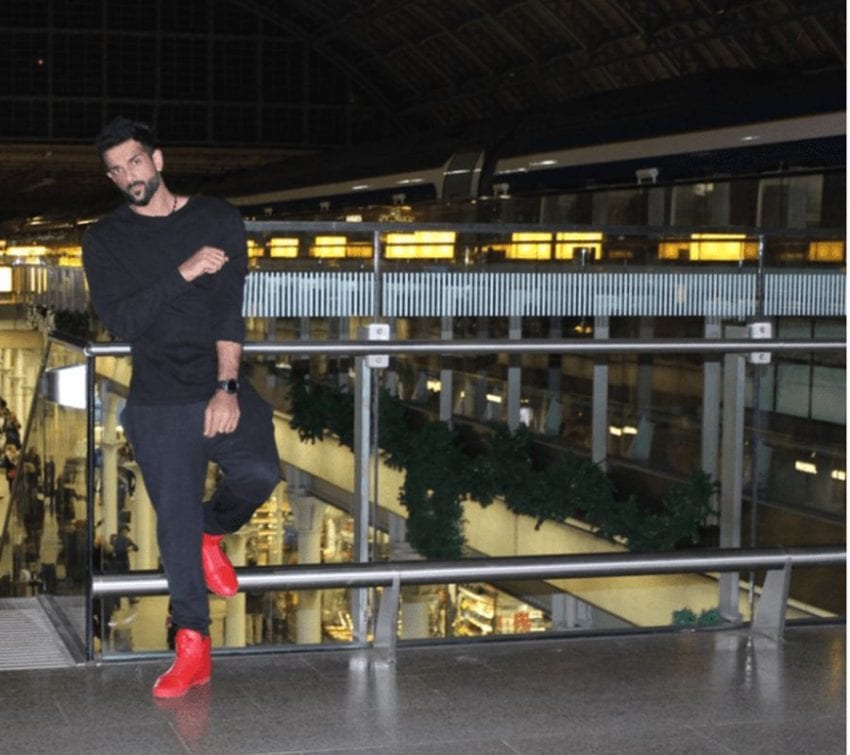 Intrigued by the digital gadgets that he found around himself in his growing years, Omar developed a very receptive and curious mind. The trigger point for the smart home came when a mind-meld of voice navigation on his phone and a robotic vacuum caught his attention. His endeavor was to turn the latter into a voice-controlled appliance. After tasting his first success which also won him a viewership of several thousands in a day on social media, the immediate next move was to buy an apartment in the neighborhood of New Juffair, Manama, and try out various ways to set up a completely upgraded smart home that says – ‘Your voice is my command!’

Omar’s smart home boasts suave interiors and temperature controlling measures apart from being high on the tech factor. Invariable, this smart home has hit the headlines across major publications and is set to put Bahrain at a very prestigious place on the world map as a ‘hub of smart homes.’

Driven by curiosity, the hidden modus operandi of his toys made him want to dismantle them. It was the same hunger to explore for more that has led him to be the master innovator that he has emerged to be. Having earned his MBA degree from London, at an early age of 19, Omar has been both enterprising and prodigious and has also earned laurels as a model and dance choreographer in the past.

The young genius envisions getting Bahrain into the limelight through his smart home project for which he is even approaching the government to offer support. Omar has proven that for a man who believes in his dreams, nothing is impossible.

How To Win At Bingo (Tips And Tricks)

Experts say that you can considerably increase the probability of winning a bingo game. You will achieve success if you are aware of the...
Read more

We can all forget our jackets, keys, and wallets at home, however, we never leave the house without taking our smartphones. Of course, everyone...
Read more

Purchases That Will Skyrocket Your Home Office Productivity

Working from home has its perks. It also has its own unique set of challenges. One of the bigger points of friction is focus....
Read more

How To Start Trading Stocks With Little Money?

Investing in the stock market is a common trend. Many people think that they need to have a lump sum amount to invest. Many...
Read more

We can all forget our jackets, keys, and wallets at home, however, we never leave the house without taking our smartphones. Of course, everyone uses it in different ways – some people like to...

If you are a techie or someone who is looking for the best affordable Apple iPads on the market then you have come to the right place. We have reviewed over hundreds if not thousands...

The future of the world is shifting towards rapidly skyrocketing technologies. Technologies like Voice Assistants, Crispr, Robotics, Vehicles Without Drivers, Quantum Computing, Machine Intelligence, and many more are ruling over the economies of the...