Bitcoin is the most common cryptocurrency and the first digital currency, which is still used to exchange without intermediaries. This cryptocurrency was created by Satoshi Nakamoto, whose identity is still unknown. That’s not even the main point: one of the main reasons why it does not lose its popularity is the anonymity of anyone using the currency.

5 Reasons Why Bitcoin Keeps Tendency of its Rising

1. Limited emission that keeps the token course from falling.

Many blockchain users feared that cryptocurrency will suffer badly after Silk Road, a website for drug sales with Bitcoins was closed. It was logical to expect authorities from different countries to consider BTC as a payment system that allows drug dealers to carry out their illegal activities.

Immediately after the closure of Silk Road, the rate of the cryptocurrency dropped significantly. Eventually, in a few days, the rate began to grow, as users of the system were sure – the cryptocurrency is really reliable. Now, it is possible to use Bitcoin payment for services, goods, and taxi.

2. The number of people who want to buy coins for investing or purchasing goods is growing.

The trade war between China and the United States and the increase in duties on Chinese goods visibly influenced the rise of BTC. The Chinese are looking for an alternative currency to buy goods in the United States. Baidu, a multibillion-dollar corporation, announced that some of its services can be paid for via the cryptocurrency. In addition, in China, users began to use cryptocurrency more, since this currency allows you to remain anonymous.

Japan, which in April 2017 recognized Bitcoin as legal tender on a yen currency level, shows the openness of the system to this innovation. In other countries, it is recognized as a financial or virtual asset that is often tax-free. New players on the digital currency market can get acquainted with the blockchain system here.

3. Bitcoins are considered as a means of capital investment.

Investors are interested in investing in cryptocurrency. Even small investors put Bitcoin in their investment portfolio, buying the cryptocurrency or investing in startups that are based on the blockchain system. The reliability of investing in the mentioned digital currency is supported by the fact that no matter how the rate correlates, the currency itself will not disappear. It is impossible to destroy because it does not exist in space and time. The Bitcoin network is decentralized and anonymous, and it operates in all countries of the world with access to the Internet.

Though, the tendency of FOMO (fear of missing out) pushes people to buy cryptocurrency doesn’t mean that Bitcoin growth can be easily influenced. As you can see there are a lot of reasons why the cryptocurrency is going to grow further. FOMO has a big impact but not the main one. Of course, this virtual currency depends on people, but this decentralized system insures the risks of losing everything invested. The principle of the Bitcoin system goes to align with BOT (build-operate-transfer). Despite owning a certain amount of BTC, the system is decentralized, so you own just the amount of coins, not coins themselves. The same thing occurs with BOT – you can operate a project for some time, but you don’t own it itself. Click here to find out more about the BOT principles.

5. Reduction of remuneration for creating blocks

One of the main reasons for the reverting – the expected reduction in remuneration for each block created in the Bitcoin network, say analysts polled by Reuters. Bitcoin news report that market offers will be limited, so it leads to BTC price increasing. For now, miners get 12.5 BTC for each block created. Since May 2020, the amount of remuneration will be halved, to 6.25 BTC per block. The reduction occurs every 4 years and allows you to restrain inflation in crypto. This rule was incorporated into the virtual currency network by its creator Satoshi Nakamoto. 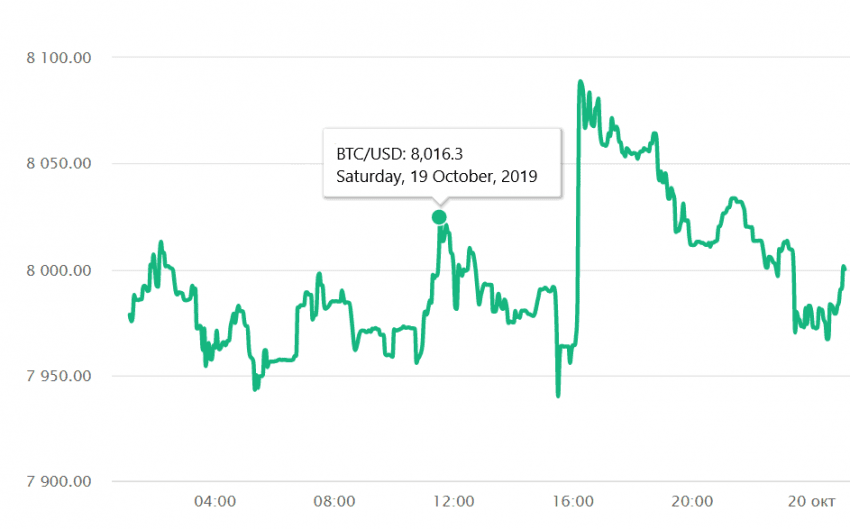 Here you can see the statistics for the last 3 years Bitcoin price: 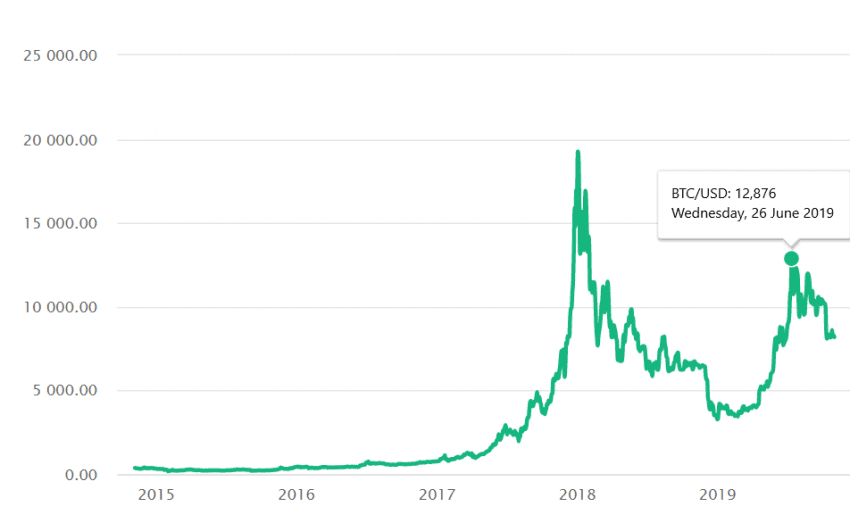 How to Invest in Bitcoin

First of all, you need to register an online wallet, where you will store your cryptocurrency. One of the most popular — Blockchain, Coinbase, Exodus. The next step is setting up a wallet security system with your mail and a phone number. If someone gets your password, he will not be able to get into the wallet.

Wallets offer customers a tool to restore access through a secret phrase – 12 randomly generated by the website words that need to be written out on a piece of paper and stored in a protected place. After registering a wallet, you can use this number to get the currency. You cannot trade in the wallet itself; it is used only for storing and transferring currency. It is possible to buy cryptocurrency through Bitcoin stock, online exchanges, or even from other people (the most dangerous of the methods). The easiest way to buy digital currency is through an exchange. First, you need to choose which way you want to get them – using a bank card or an electronic account. Next, you need to choose a suitable exchanger. There is a place on the online exchanger where you can see the maximum number of Bitcoins that the exchanger has.

Bitcoin value cannot be reduced to a single element or function. Many aspects of cryptocurrency make a priceless contribution to its usefulness and create benefits that not only outweigh traditional money but also support the crypto world ecosystem.

BTC blockchain, being a decentralized network, opens up the possibility of technological innovation. The software model of the Bitcoin network, having an open-source code, facilitates the creation of additions and improvements based on the existing network.

How to Invest in Cryptocurrency – a Beginner’s Guide

Will Bitcoin Actually Fail in 2020?