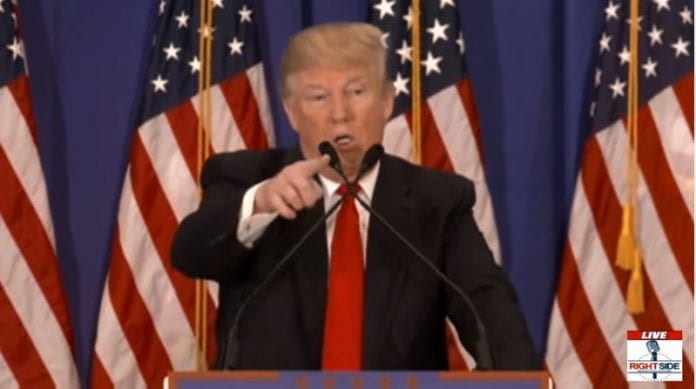 President Barack Obama said world leaders are rattled by the prospect of Donald Trump becoming the next president of the United States.

Obama made the statement during a press conference after his first day of meetings with the G-7 leaders in central Japan on Thursday.  According to him, “I think it’s fair to say they are surprised by the Republican nominee. They are not sure how seriously to take some of his pronouncements, but they are rattled by it.”

Obama also noted that Trump displayed either “ignorance of world affairs or a cavalier attitude” in many of his proposals.

The Republican presumptive presidential nominee previously suggested that U.S. allies in Asia and Europe should finance more of their defense and he would change the security agreements between Japan and South Korea.

Trump also suggested that Japan should pay more for having American troops stationed in there. He also previously stated that NATO is obsolete and expensive and emphasized that the U.S. is paying the biggest share to the alliance, which he describe as “totally disproportionate” compared with the share of other countries.

Obama also noted that Trump also displayed “interest in getting tweets and headlines instead of actually thinking through what is required to keep America safe.”

Obama has confidence with Americans to elect the best leader

On Wednesday, a young person in Vietnam asked Obama about Trump. The President expressed confidence that the American people would elect the best leader. He said, “Usually, eventually the voters make good decisions and democracy works, so I’m optimistic that we’ll get through this period.”

Meanwhile, Obama encouraged Democratic presidential candidates Hillary Clinton and Bernie Sanders to focus on the issues instead of each other. Sanders promised to continue his fight until the convention, which makes the race for the nomination of the Party became increasingly heated

There is a possibility that Sanders will debate Trump before the primary in California, which is an unusual twist in the presidential campaign.

During his appearance at ABC’s Jimmy Kimmel Live, Trump expressed his willingness to debate Sanders. According to him, “If I debated him, we would have such high ratings. I think I should … take that money and give it to some worthy charity.”

In response, Sanders tweeted, “Game on. I look forward to debating Donald Trump in California before the June 7 primary.”