Djokovic is often portrayed as a humble person close to the ordinary men despite his global popularity. Once again this has been confirmed when Djokovic visited one of the Belgrade’s health food stores. He waited in line for his turn to purchase the products he came to get and after that, he took photos with store employees and stayed for a little chat with them.

Djokovic is famous not only as a tennis player but as one of the ambassadors for gluten-free nutrition. Novak is allergic to gluten and after discovering this he completely changed his diet. Improvements to the food he consumed upgraded his health and helped him become World’s number one as he often likes to point out.

The place where he bought food in Belgrade is being called Novak’s favorite shop. Main reason for this is that even when he was beginning his tennis career and was completely anonymous, he was buying most of his food there. That hasn’t changed to this day and when given an opportunity to visit Belgrade he always stops for groceries. Djokovic was relaxed and with his nonchalant attitude he thrilled the workers in the store mentioned above.

People in the store didn’t want to reveal what were the products that Novak Djokovic bought but instead, they only talked about the humility of Djokovic who was acting like a commoner. Djokovic’s sincerity, kindness, and understanding of normal people problems are one of the main reason why he is one of the most loved people in Serbia. Fame and money didn’t change him a bit.

Jelena Djokovic actually grew up in a neighborhood near that same shop, so both of them were customers for most parts of their life. According to shop owner biggest compliment they ever received was when Novak called their store a health-foods center of the World.

Djokovic did the shopping but what is it that he eats. Here is something we conjured up so that you get an idea of how rigorous his diet is.

First thing first and that is a full glass of water at rooms temperature. Novak starts his every day this way. After that comes two teaspoons of Manuka honey from New Zealand. Breakfast consists of gluten-free muesli or oatmeal. In addition to this, he puts in the mix some almonds, walnuts, peanuts, sunflower seeds or pumpkin seeds. Fruits are always eaten separately or are added to a combination of a little coconut oil, almond milk or coconut water.

Novak Djokovic’s lunch mainly consists of carbohydrates. Gluten-free pasta made out of quinoa, buckwheat and vegetables is a pretty common dish on Djokovic’s table. Roasted red pepper, tomato, cucumber, broccoli, cauliflower, green beans, carrots are just some of the meals for him and his family. All of this is seasoned with olive oil and a little salt.

Snacks are made out of dry fruits and honey that he often uses during his matches. Also, part of his meal includes a gel that contains 25% of caffeine.

Proteins. Mostly red meat or fish. Steak, chicken or salmon. Novak prefers roasted or grilled meat and steamed fish. In addition, he loves to eat cooked vegetables, such as carrots or zucchini. 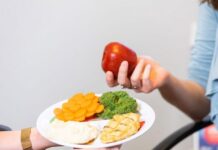 What Are Good Questions to Ask your Dietitian? 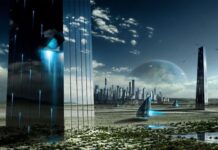 This is how the world will look like in 200 years 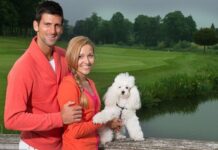