Opptrends 2022
Home Politics North and South Korea to march together under unified flag at Winter...

A few days ago we could hear that talks between South and North Korea have started. Even these might not be related to politics it could be a sign of better cooperation between two states. The meeting was about the possibility of North’s teams showing up for Pyeongchang Winter Olympics that start during the next month.

Report from Yonhap, Korean news agency, suggests that one of the agreements that were made on Wednesday will allow North Korea to send its athletes to Pyeongchang games that will last from March 9 to 18.

The meeting was held in Panmunjom, a border town close to DMZ. It all started at 10 am Korean time, and the first round of talks lasted for about 45 minutes.

Speculations before this meetup on Wednesday suggested what would be the topics and it was predicted that two sides would talk about the possibility of North and South athletes going out as one for the Opening Ceremony. On top of that, talks were about travel expenses and forming of the one female ice hockey team. Travel routes and accommodation plans were also shared between two groups.

One of the issues that might be a big obstacle to cooperation could be the delegation list. According to the South Korean news agency, News1, it is possible that North might want to add Choe ryong hae to the list. Looking at the political situation in North Korea, this man has been listed as the second-most powerful official. As a result, he has been blacklisted by Seoul and might not be allowed to be the part of the delegation.

On Saturday, Olympic Committee meeting will be held in Lausanne, Switzerland and that opportunity will be used by both states to talk about things they have concluded in their talks.

A team from Pyeongyang is led by Jon Jong-su who is a vice chairman of the Committee for the Peaceful Reunification of the Country (CPRC) and North Korea’s state agency in charge of inter-Korean affairs. He is followed by Won Kil-u that currently has a position of the vice sports minister of the state. The third delegate, Kin Kang-kuk, is a journalist from the Korean Central News Agency (KCNA) and his position was confirmed later on. The leader of South’s delegation is Chun Hae-sung, Vice Unification Minister.

One of the senior State Department officials talked to reporters at the Vancouver Group summit on Tuesday suggesting that Secretary of State Rex Tillerson and Canadian Minister of Foreign Affairs Chrystia Freeland had a meeting about two Koreas and the wish to cooperate. It was stated that both sides are quite “pleased” with the meeting of North and South Korea that were related to Olympics. It was also noted that no improvements were made when it comes to North Korea missile and nuclear development negotiation.

Here is what one of the officials stated: “We are pleased that the there were talks around the Olympics and cultural exchanges. We think that’s entirely appropriate given the Olympic Games coming up.” He continued by saying “We have not seen any induction that North Korea has changed its posture on its nuclear and ballistic missile programs.”

When the news about possible talks between two Koreas was confirmed we could hear Japanese foreign minister who warned South’s diplomats not to be naive about the intents of Pyongyang. 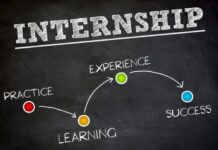 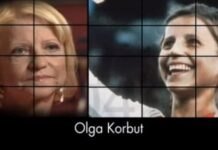 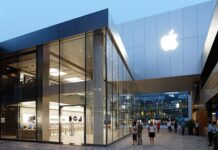