Windows Mobile Platform users have been waiting anxiously for the Windows Phone 8.1 since Microsoft Corporation (NASDAQ:MSFT) gave a detailed view. The WP market is dominated by Nokia and the update will be received by the Lumia users majorly. The name given to the update is Nokia Cyan. Microsoft Corporation (NASDAQ:MSFT) has planned the widespread release of Windows Phone 8.1 in the second week of July, as indicated by a tweet made by an official Microsoft account.

It is believed that the company has started rolling out the new version of the Windows Phone software. A pilot program has been launched by the company under which only the selected users residing in specific countries are getting the update, which includes the users residing in Taiwan, Spain and Finland indicating that the rollout has been divided into stages, according to the reports.

While the manufacturer has been following a trend of updating the high-end smartphones first and then the other models, for the first time a mid-level smartphone will get the update first i.e. the Nokia Lumia 625.

The testing of the new firmware will help in getting to know the issues faced by the users so that they can be resolved before making the update global. If successful, all the nationals will get the update and will be eventually followed by users across the globe getting the update.

The Nokia devices will have access to certain features and updates that have been designed exclusively for them and are a part of the Cyan update that includes other features of Windows Phone 8.1 as promised by Microsoft. The Windows Phone 8.1 will bring along a host of new features, which would get an extension with Creative Studio app, Bluetooth 4.0 LE support and ingrained display controls available with Nokia Cyan. Certain updates will work on only selected devices as they are compatible with specific hardware.

Windows Phone 8.1 would greatly enhance the user experience. Nokia Corporation (ADR)(NYSE:NOK) is, also, coming with a large number of apps that are well designed by the developers to attract the users and serve various needs. The combination of the two would definitely bring a pleasurable experience for the Nokia lovers and improve the bonding with the brand. 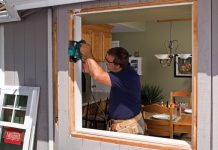 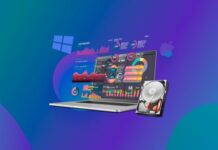