Nokia Corporation (ADR) (NYSE:NOK) (BIT:NOK1V) (HEL:NOK1V) is expected to be planning another event on 19th April 2014 after unveiling its first Android phone in the Mobile world Congress (MWC) 2014. Trusted tipster @evleaks said that the event can come somewhere near April 19, but the Finnish company did not confirm any date for the event.

Previously rumoured devices may be unveiled

There are various reports making rounds that Nokia Corporation (ADR) (NYSE:NOK) (BIT:NOK1V) (HEL:NOK1V) may launch Windows phone handsets at the event. Also, an update to the new operating system can come from Nokia at the same event. The company might launch a series of Lumia phones rumoured previously. Some of the phones expected are Nokia Lumia 1820, Lumia 1525 and Lumia 1520V.

Lumia 1520V is possibly the mini version of the flagship Lumia 1520 model. Nokia may launch another device dubbed as ‘Martini’ in the same event as suggested by the rumours. Additionally, the onlookers may get the glimpse of Lumia 630 and Lumia 635 smartphones, which are dubbed as Moneypenny and Goldfinger. Previously, there were a string of reports about these two phones and now may be the time when Nokia would finally unveil it.

3D technology may also be showcased

Nokia Goldfinger may surface with a 3D technology, which has been one of the passions on Nokia for long. According to the reports, the much talked about 3D Touch would operate through a devices’ sensor to detect interactions that are off the glass. Also, the phone will have a hand gesture support through users will be able to navigate the screen of the phone without actually touching it. Both the phones, Moneypenny and Goldfinger, are expected to be the first ones to be powered by WP8.1.

Apart from these phones the smartphone company is expected to launch the much awaited premium Nokia X Android devices although the company recently launched first Android device at MWC 2014.

Recently, Nokia Corporation (ADR) (NYSE:NOK) (BIT:NOK1V) (HEL:NOK1V) said in a statement that the latest development on the ongoing tax proceedings in India will not hinder the Nokia Microsoft Deal. 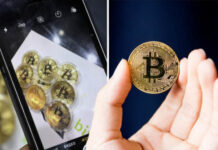