Rumors about new Nokia devices confused the fans for a moment, claiming that Nokia 8 would be called Nokia 8 or Nokia 9. We know for sure which option won and the Nokia 8 was officially confirmed a couple of days ago.

However, the new smartphone was not in the spotlight as the HMD Global representatives hinted at the fact that there is a new phone with a larger screen than the one of the Nokia 8 and that it has been developed at the moment. This new device is being prepared in order “to meet the needs of absolutely all users.” The phone we are talking about is a high-end flagship model because there are already handsets which come with a larger screen than Nokia 8 – the Nokia 6 for instance.

The rumors about this unannounced phone have already started circulating, and we assume that the new device will be called the Nokia 9. There are some leaked sketches you can see here, and they show us what to expect from the new smartphone regarding design. What is clearly seen are thin bezels, which Nokia tries to get rid of, but despite that, they are prominent on the Nokia 8. Also, the company moved the fingerprint sensor of the Nokia 9 at the back of the device because there is no more space at the front.

We don’t know for sure when exactly the Nokia 9 is going to be released, but we hope that it will be soon. Rumor has it that the Snapdragon 835 will be included, with 6GB or 8GB of RAM. The new phone will have 128GB of internal storage, an iris scanner and IP68 certification for water and dust resistance. The camera will be unchanged whereas the starting price of the new Nokia 9 will be about €749. Nokia 8 will be more affordable as it will cost €599. 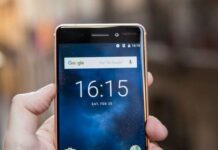 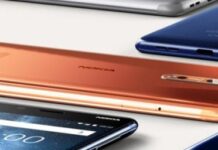 Will Nokia 8 Be Sold in the US and China? 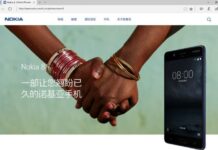