The No Game No Life (NGNL) season one ended with a huge cliffhanger as we had a chance to see characters Shiro and Sora staring down a God. The first season had 12 episodes, and we expect news for the second one to come. What we also need to mention is the No Game No Life: Zero movie which will focus on the main story of the manga and light novels and it will not be an original content like it was the case with Fairy Tail: Dragon Cry. However, the season two of the series has not been confirmed yet, and there are even some rumors that suggest the show could be canceled.

In the meantime, fans are expecting a volume 10 of the No Game No Life from author Yuu Kamiya, a guy who is also a co-writer of Clockwork Planet. The NGNL Volume 8 came out in December 2015, whereas NGNL Volume 9 was launched in August last year which means that Volume 10 will hopefully be released this fall. However, Amazon lists Volume 6’s release date as July 25, 2017, so the English fans will have to be really patient.

No Game No Life: Zero – Movie

The release date of the No Game No Life movie is July 15, 2017, just a few days before Volume 6 reaches English fans. The film is expected to focus on the events which happened before the main story in the novels, and it will be a great introduction to the current plot. Even though we will see Sora and Shiro in the movie, the main characters are Riku and Shuvi, a young human enclave leader and a mechanical girl named an Ex-Machina who always follows him.

At the time of the Great War, Old Deus created Ex-Machina to kill the other Gods, while an old God of War Artosh created Flugel and Jibril. Shuvi was excommunicated from the Ex-Machina hive mind, and she was disguised as a young survivor near Riku’s human colony. She is like no other Ex-Machina because she wants to understand the human heart and she begins mimicking expressions and feelings while the relationship between Riku and Shuvi develops, but ends tragically.

This relationship is a parallel to the relationship of Sora and Shiro and some fans believe that they are reincarnations of the earlier pair. However, in the novel, Tet admits that he changed his story for the sake of the audience. Interesting are the name of male characters which translate to earth and sky, while female protagonists names mean black and white.

Jibril in the movie plays an important role, and many anime fans will see her in a different light after they watch the film. Fans will also empathize with Flugel who’s the only purpose was to be a war figure without any desire for the continued existence after the ending of the Great War. The plot of the movie follows Riku who brings peace to Disboard. He and Shuvi will fight to create the world which will later be inherited by Tet, Sora and Shiro.

There are rumors which suggest that NGNL Season 2 will be canceled due to plagiarism allegations that surround the author. Yuu Kamiya has allegedly copied the popular character poses of other artwork, and he is constantly under attacks on social media. Even though the characters are new, the poses and details are just too similar to be ignored. Some people were furious to hear that there are fans who are defending Kamiya and their reason is that the common thing is anime series is to rely on templates. Nevertheless, “Kamiya has apologized to the artists, both publicly on the artist’s website and monetary wise by giving these artists money,” according to Anime Amino. These allegations have little effect because the author is still releasing novels and the show is still alive.

Anime production company Madhouse has been quiet about the release date of the No Game No Life season 2. However, there are some speculations about the possible launch date. Some people believe that Madhouse rarely introduces the second season of their shows, so fans have been left hanging only after a dozen episodes. However, this was just a rumor and Madhouse announced Overlord season 2.

Meanwhile, NGNL ranked among top 10 in Japan sales vise with over 1.1 million copies sold by 2014 and even the DVD and Blu-Ray sales for NGNL were in the top 20 says Anime News Network. This shows that the series is successful and it should be continued. We can be sure that season 2 is coming, but the official confirmation is expected after the movie.

No Game No Life Spoilers

The “world’s most brutal coin toss” resulted in the Warbeasts joining Shiro and Sora, which marked the ending of season one. The next aim was to take on higher races such as the Elven Garde while the ultimate goal is being a match with the God Tet. The audience was left hanging with the picture of priestess Miko summoning an Old Deus, the first-ranked of the Old Gods the Exceed after whom Tet became the One True God. The Old Deus resides with the priestess for some reason.

The plot in the series is not really following the story in the light novels because Miko never summoned the Old Deus. Instead of that, Sora and Shiro crashed at Izuna’s house, and they made plans for a beach vacation in the Eastern Union. The second season will start from Volume 4 when the fans will find out about the Exceed race called Dhampir, a quasi-succubi which lives by extracting soul essence from bodily fluids. They are not daily creatures, so they remind us of Vampires, and they need to consume blood in order to mature to adulthood.

However, the victims of the Dhampir need to agree to give their soul essence and blood willingly which means that reaching adulthood and maturity is more difficult than it seems. Moreover, the Dhampir also receive blood from Seirens or mermaids and in exchange, the Seiren Empress reproduces with the Dhampir males. After the reproduction process, the Dhampir males die, while the Seirens have broken the original good agreement because of their lust.

The story focuses on Plum, the last living male Dhampir who has disguised in gothic girls’ clothing to hide his gender. Plum is saved by Sora and Shiro, and they help him stay alive, but he will help them in their journey with his skills. He also wants to save the Damphir race from extinction. He proposes the game in which the siblings need to be a couple in real life and volumes 4 and 5 follow that story while volume 6 is connected with the movie. NGNL volumes 7 to 9 focus on two different stories and here is probably where Madhouse will stop producing.

The volume 7 and 8 events follow Blank who challenges Old Deus named Horou who lives within Miko. Horou will engage in a game with Blank, and the Old God will fulfill the wishes of the winner, whatever they might be. This game reminds us of Monopoly because Blank needs to use dice in order to complete tasks while he is on a long journey. Only Sora, Shiro and Steph are going together while the rest of the participants such as Jibril, Plum, Izuna will go on their own. There is one catch – the participants lose 24 hours of their memory before the start, but one of the participants has full memory.

On this journey, the fans will find out more about reincarnation within Disboard, Tet’s existence and the Star Grail. Jibril will challenge Blank to the game where one must commit suicide, while the others will be in similar situation.

Stay tuned for more details, and we will let you know once the No Game No Life Season 2 is confirmed officially. 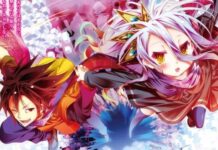 No Game No Life Season 2 Release Date, News and Updates 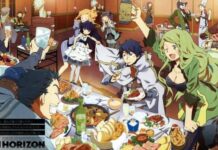